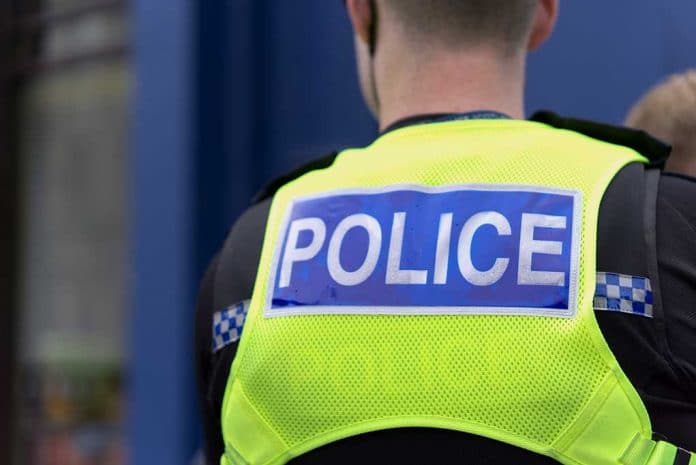 (NewsReady.com) – The far-left has been fueling anti-cop hate around the country for the last several years. Officers have been attacked and even murdered for that reason. In 2016, five Dallas cops were killed after a sniper, who claimed they were racist, targeted them in an ambush. Utah authorities have made it clear they will not tolerate the hate being directed toward the police, and a teenager just found this out the hard way.

According to a July 9 report in The Salt Lake Tribune, police arrested 19-year-old Lauren Gibson for stomping on a “Back the Blue” sign at a gas station during a traffic stop. A Garfield County police officer says he pulled her over for speeding. That’s when he saw her stomping on the sign, crumpling it up and throwing it in the trash “while smirking in an intimidating manner.”

A 19-year-old woman in Utah was charged with hate crimes for allegedly stomping on a pro-police "Back the Blue" sign, facing a year in prison.

Prosecutors have now charged Gibson with a hate crime, and she’s facing a year in jail if found guilty.

The arrest is being widely criticized online. However, according to Utah law, prosecutors can charge anyone with a hate crime if they commit a primary offense — like property damage — with the intent to terrorize or intimidate someone else. The officer said he felt intimidated by the teenager, so according to the law, her arrest seems as though it was warranted.