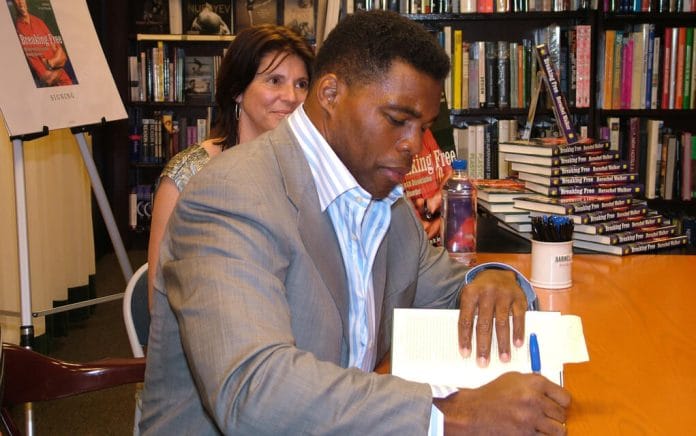 (NewsReady.com) – One of the GOP’s Senate challengers in next year’s midterm elections has already gained a huge head start. Former footballer Herschel Walker is a popular candidate among Republicans, and he’s ahead of the pack in fundraising.

Republican Herschel Walker has raised $3.7 million since launching his campaign for U.S. Senate about five weeks ago, as GOP donors came off the sidelines to support the former Georgia football star. #gapol #gasen https://t.co/Dvi1hy1Qzx

Fundraising figures for Georgia’s 2022 Senate race show that Walker’s campaign managed to raise about $100,000 a day – $3.7 million in just over 5 weeks between late August and the end of September. His three Republican rivals haven’t reported their figures yet, but it’s unlikely they can match Walker. The 1990s Dallas Cowboys star might be the strongest candidate, thanks partly to his excellent name recognition. Walker also has the huge advantage of being endorsed by former President Donald Trump, who encouraged him to enter the race.

The Democrats have said they plan to spend $100 million protecting incumbent Senator Raphael Warnock’s (D-GA) seat. Based on his performance so far, Walker has the fundraising power to compete on a level field.

Georgia is a key state for the GOP. Republican strategists are keen to reclaim congressional seats they lost in last year’s election, but they also have their sights on several vulnerable Democrats – including Warnock. Walker has a tough fight ahead, but Georgia Republicans and Donald Trump believe he can do it.