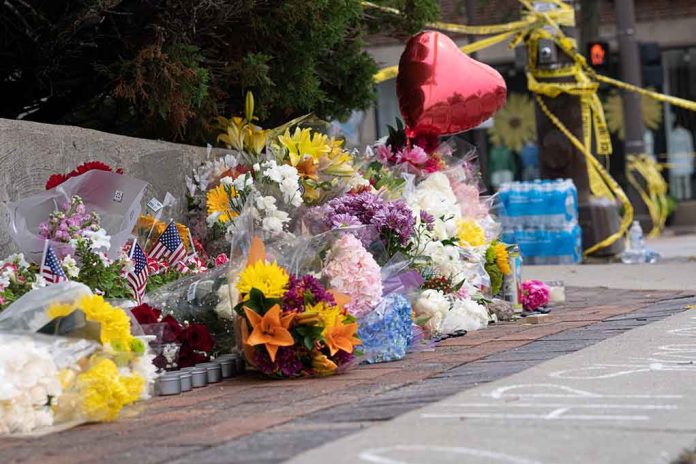 (NewsReady.com) – Independence Day is one that is incredibly important to Americans. It’s an opportunity to spend time with their loved ones while honoring the freedoms gained when the Founding Fathers broke away from the crown. Sadly, it will now be considered a day of mourning for residents of Highland Park, Illinois, after a gunman murdered seven people. The alleged killer has now issued his plea in the criminal case.

On Wednesday, August 3, 21-year-old Robert E. “Bobby” Crimo III appeared for his arraignment hearing in Lake County Circuit Court. A grand jury indicted him on 117 felony counts, including 21 counts of first-degree murder and 48 counts of attempted murder. Judge Victoria Rossetti explained to the suspect that he was facing life in prison. He responded, telling her that he understood, and his attorneys entered a not guilty plea.

Crimo’s parents, Denise Pesina and Robert Crimo Jr., attended the hearing. They left without speaking to the press, but the Chicago Tribune reported their attorney said they just wanted to support their child.

The suspect allegedly climbed onto the roof of a building and fired down at paradegoers on July Fourth. Not only were people killed, but dozens were injured, including a little boy who is now paralyzed.

The next hearing will take place on November 1.