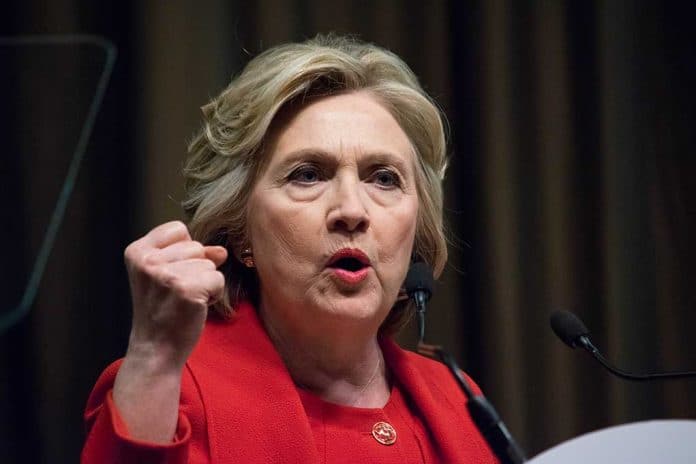 (NewsReady.com) – In the lead-up to the 2016 election, Democratic candidate Hillary Clinton called Donald Trump’s supporters “deplorables.” Her absolute disrespect caused outrage among voters and she went on to lose the election. Apparently, she didn’t learn any lessons.

On Monday, March 8, Clinton said she believes “Trump is the puppet master” controlling the Republican base. She told the Washington Post the party is turning itself into a “cult” that pledges allegiance to the former president, not the US. She went on to say the party is “afraid of itself” and she doesn’t understand why.

Hillary Clinton: "It is really troubling to see the Republican Party turn themselves into a cult and basically pledge allegiance, not to the United States of America, but to Donald Trump." pic.twitter.com/NtHLmminsH

The best thing Trump ever did was prevent Clinton from becoming president. Even nearly five years after the “deplorables” comment, she’s proving that she has no respect for the voters in this country. And someone like that should never be near the Oval Office. Every time she opens her mouth, she proves that.