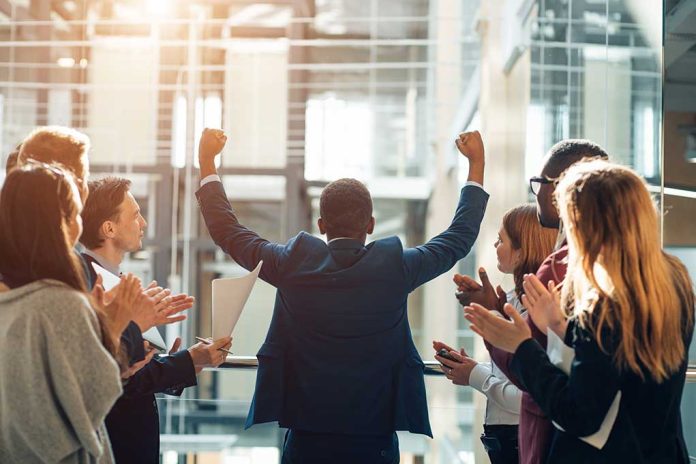 (NewsReady.com) – Conservatives saw a lot of victories on November 2, but there was one win that stood out from the others. In Virginia, voters made history.

Republican Winsome Sears was elected as the state’s next lieutenant governor. Like other Conservatives, she’s a pro-life, pro-guns, pro-personal freedom conservative. However, she’s also a historic choice for the position. Sears is the first black woman to ever be elected for that role; in fact, when she takes office, she’ll be the highest-ranking woman of color in state history.

She is a black woman who immigrated from Jamaica, served in the Marines, has a Masters degree, ran a women’s homeless shelter, raised 3 kids— and now she has made history. pic.twitter.com/AFPdR0jSG0

Sears is an immigrant who came to America with her father. She was sure to repay the country that gave her a chance at education by joining the US Marines. She went on to receive her Master’s degree and in 2001 won a seat in the statehouse, becoming the first (and only) black woman to serve in that role.

The Republican later served as the vice president of Virginia’s Board of Education. She’s married and has three daughters. Sadly, in 2012, one of those daughters, DeJon L’Air Williams, and Sears’ two grandchildren died in a car accident. Despite the great personal tragedy, the conservative moved on and continued trying to make life better for others.

Sears’ opponent, Democratic Del. Hala Ayala, is also a woman of color. She called the lieutenant governor-elect to congratulate her on her historic victory, saying Sears is “paving the way for future women leaders” who look like them.