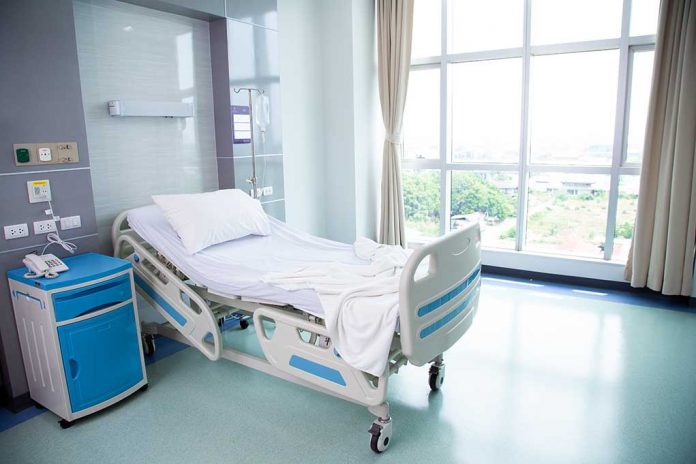 (NewsReady.com) – Businesses and cities across the country are beginning to require employees to receive the COVID-19 vaccine to work. Many Americans are pushing back. In one New York hospital, the mandate has had dire consequences.

After September 24, Lewis County General Hospital will stop delivering babies because so many members of its maternity staff chose to resign rather than get the vaccine. On Friday, September 10, the hospital’s CEO Gerald Cayer held a news conference, telling reporters six employees in the maternity ward resigned and another seven haven’t decided whether they will get the vaccine, yet. They have until September 27 to make up their minds.

Several maternity staffers at Lewis County General Hospital who worked through the pandemic amid healthcare worker shortages were pushed out of work by vax mandates.

Now, the hospital in upstate NY says it has "no choice but to pause delivering babies." https://t.co/DZR3XDCRUy

Cayer said 27% of the hospital’s workforce has yet to receive the vaccine since the state issued a directive requiring all healthcare employees to get the shots.

Lewis County’s hospital isn’t the only healthcare center having an issue with employees resigning over similar mandates. This summer, Texas’ Houston Methodist Hospital saw 153 employees resign or get fired over a vaccine requirement.

President Joe Biden recently announced a mandate that will potentially impact 100 million people. Republicans have already said they’ll sue. It seems the courts are going to have to step in soon to decide whether these mandates are Constitutional.