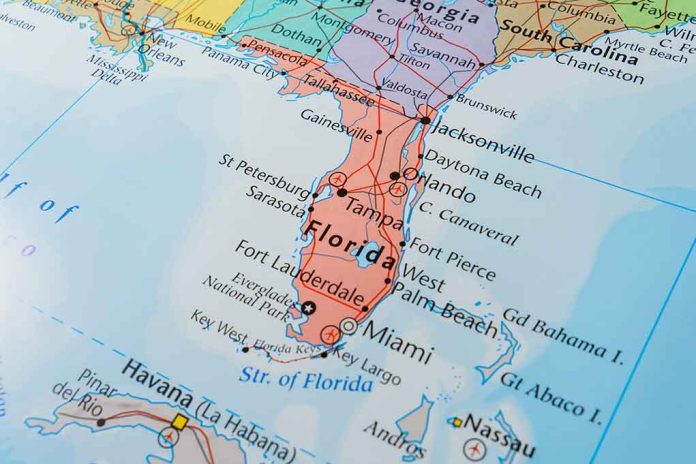 (NewsReady.com) – Human trafficking is a serious, persistent issue in the US. The issues with immigration have made it even more pronounced. Authorities in the Sunshine State recently revealed police arrested two people for trafficking multiple women into the country.

The Hillsborough County Sheriff's Office has rescued eight victims from the perils of human trafficking, while two suspects are behind bars for coercing them into commercial sex acts.

On October 24, the Hillsborough County Sheriff’s Department issued a press release announcing its human trafficking unit arrested 29-year-old Rosalia Leonard Garcia and 35-year-old Amet Ramon Maqueira De La Cal. The two are being held on a multitude of charges, including human trafficking, false imprisonment, forcing another to become a prostitute, and human smuggling.

The two allegedly charged multiple young women, between the ages of 18 to 24, $60,000 each to bring them into the US from Cuba. Authorities claim the victims were held in two different apartments and were allowed to leave only in the company of the alleged traffickers when they were taken to work at various gentlemen’s clubs and gambling establishments. Police allege they were “forced to perform commercial sex acts through prostitution.”

HCSO detectives began investigating after receiving tips, alerting them to the problem. Police officers say they discovered that the victims were also forced to pay their captors for their food and rent and that their “services” were being advertised on online escort sites. Fox News reported Florida Attorney General Ashley Moody called it “one of the worst trafficking cases” she’d ever witnessed.

If you believe that someone is a victim of human trafficking, call 911 if you believe they are in imminent danger; otherwise, call your local police non-emergency number or the 24-hour National Human Trafficking Hotline at 888-373-7888 or visit their website here.