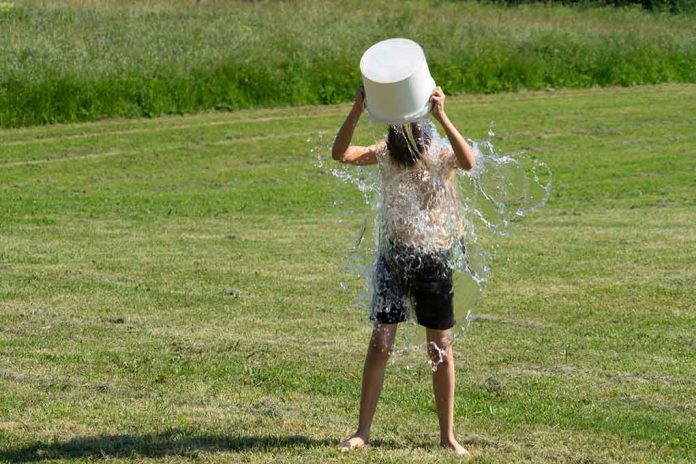 (NewsReady.com) – In 2014, videos of people being doused with ice water permeated social media. The people who were having the cold water thrown on them pledged to donate to the ALS Association to find a treatment or cure for the fatal disease. Eight years later, the organization has revealed the money raised went to a good cause.

On September 29, the ALS Association announced it invested the $2.2 million raised by the Ice Bucket Challenge into the development and subsequent trial of AMX0035. The news came the same day the FDA approved the medication, also known as Relyvrio, to treat the deadly neurodegenerative disease, commonly known as Lou Gehrig’s disease.

(1/4) By now, you've heard the news about the new treatment for ALS, AMX0035 (you can read more about that at https://t.co/y9gdl6vVYI). This discovery was made possible through ALS Ice Bucket Challenge donations. pic.twitter.com/qZZ7CBFD5i

According to the FDA, the medication is taken orally with eight ounces of water or through a feeding tube. Trials show it can slow the disease down, thus extending a patient’s life. ALS patients slowly lose voluntary muscle function (for chewing, talking, breathing, etc.) in every part of their body as the disease attacks and kills nerve cells. Eventually, those diagnosed usually die from respiratory failure within five years.

ALS Association Board of Trustees member Larry Falivena, who also has the disease, said the approval proves “advocacy can impact decisions that are being made about [their] health.” He went on to say there need to be more medications developed in order to make ALS a “livable disease and eventually cure it.”