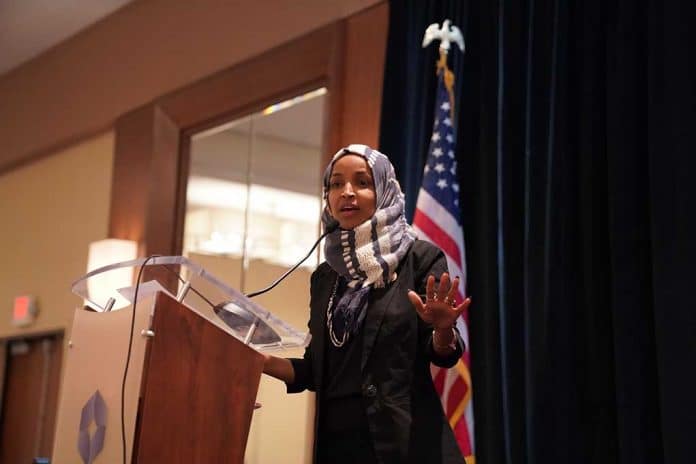 (NewsReady.com) – Whenever there’s a tragedy in the US, it seems as though the Democratic Party tries to use it to push their agenda. After mass shootings, they start pushing for gun control. They do the same thing when an altercation between police ends badly. Rep. Ilhan Omar (D-MN) used the latter to push her anti-law enforcement agenda recently. What’s worse is that she did it at the site where Daunte Wright lost his life, and then again at his funeral.

On Tuesday, April 20, Omar visited the site where Wright was killed to call for “transformational change.” The far-Left congresswoman said her “communities are tired and exhausted.” She said they want transparency moving forward and claimed the police system is one of “injustice.”

A couple of days later, Omar spoke at Wright’s funeral and once again made it political. This time, she accused police officers in Ohio of killing Ma’Khia Bryant, the teenager who lunged at another girl with a knife before she was shot by Columbus police.

How Much Transparency Does the Left Need?

Omar claims that she wants transparency, but she got that and she still isn’t happy. Potter was arrested and charged already. Prosecutors took action very quickly. The police department released the bodycam footage early on, as well. How much more transparent could they be?

In the other shooting, video footage was also released showing what happened before Bryant was killed. What else does the congresswoman need?

It seems as though Omar doesn’t care about the specific incidents, only furthering her own agenda. She even went as far as using a funeral to do it. As a congresswoman, she has a responsibility to tell people the whole truth, clearly, she hasn’t received that memo.