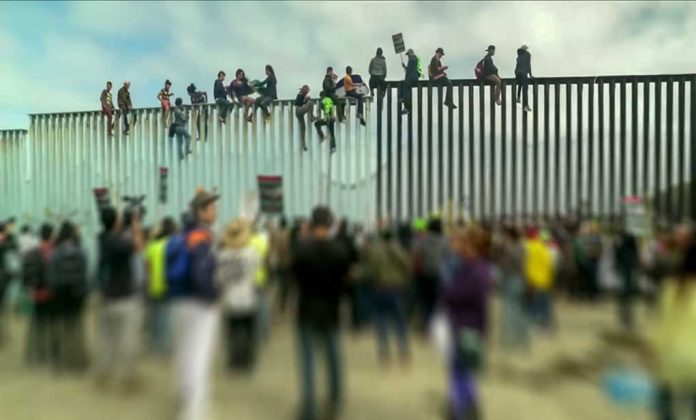 (NewsReady.com) – Former President Donald Trump reinforced hundreds of miles of fencing along the border before he left office in January 2021. The former POTUS erected a 30-foot high wall in some sections, including El Paso and San Diego. Migrants are still crossing the border, but now they’re taking a risk that might be costing taxpayers money.

In 2020, the old mesh border wall in El Paso was replaced with Trump’s steel wall. Two years later, authorities have seen an increase in the number of migrants falling off of the wall and suffering severe injuries.

According to an NBC report, local first responders and US Border Patrol have responded to 229 injuries since October 2021; some of those injuries have been fatal. Agents spoke to the news network about the problem, saying they rescued a teenage girl recently who smugglers forced to scale the fence. She fell and was left with severe injuries.

Migrants are falling off Trump’s 30-foot border wall into the U.S. and going to the hospital.

In the El Paso sector, the Border Patrol and paramedics have responded to 229 injuries since October 2021, including some fatalities. https://t.co/Qq3WIZkyWn pic.twitter.com/q8CjWounON

In April, physicians at UC San Diego Health released a study documenting an unprecedented number of injuries along the border as a result of falls. It stated that since 2019, the number of severe injuries has increased five-fold. From 2016 to 2019, there were 67 trauma cases related to falls from the border fence — that number increased to 375 between 2019 and 2021. Prior to 2019, there were 0 fatalities from falling, but since then there have been at least 16.

Doctors reported caring for complex fractures, spinal cord injuries, brain trauma, and other severe medical problems. Meanwhile, because of the migrants’ lack of health insurance, taxpayers are often left holding the bag, and the injured don’t receive the rehab care they need to fully recover.