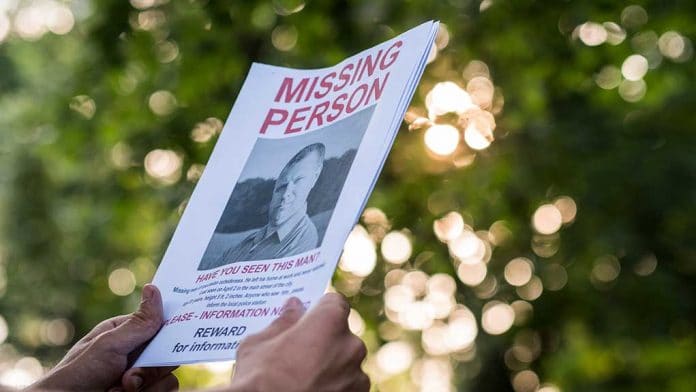 (NewsReady.com) – In July, Gabby Petito and fiance Brian Laundrie did what many young people dream of doing: they set out on a cross-country adventure. The two piled into her white Ford van and headed to the West Coast from Blue Point, New York. Now, Brian is back home in Florida, but Gabby is missing.

On July 2, the couple, who met in high school, left New York. Gabby documented her trip on both her Instagram and YouTube accounts under the name Nomadic Statik. Her van served as a home and transportation while they were on her trip. The young couple traveled about 3,800 miles, stopping in Kansas, Colorado, Utah and Wyoming.

New information reveals the couple was in a domestic dispute outside of a convenience store in Utah on August 12. Video of the encounter shows Gabby crying uncontrollably. She admitted to slapping her fiance during a mental health episode. Officers decided not to pursue charges.

On August 30, Nichole Schmidt, Gabby’s mom, received a text message saying, “No service in Yosemite.” That was the last time she heard from her daughter, and she believes the message might have been faked.

On September 11, Schmidt contacted authorities in Suffolk County, New York, to report her daughter missing after not hearing from her for almost two weeks. North Port authorities headed to Laundrie’s home that evening to speak to him about Gabby. A police spokesperson said officers were basically told to speak to his attorney, and that was the extent of the conversation.

Officers recovered the van the couple had been using at Laundrie’s home. It’s unclear why he was in possession of her vehicle.

On September 14, Police Chief Todd Garrison, of the North Port, Florida police, told reporters Gabby “maintained regular contact with her family members during her travels, however, that communication abruptly stopped around the end of August.”

Gabby’s last known location was the Grand Teton National Park in Wyoming. Despite her family’s pleas, Laundrie refuses to tell them where to look for her.

MISSING PERSON Gabby Petito
Petito was believed to have been in Grand Teton National Park at the time of her last contact with her family.
Contact: Anyone with possible information on Petito’s whereabouts is encouraged to call the FBI tip line at 1-800-CALLFBI (225-5324). pic.twitter.com/iC49SdoFA0