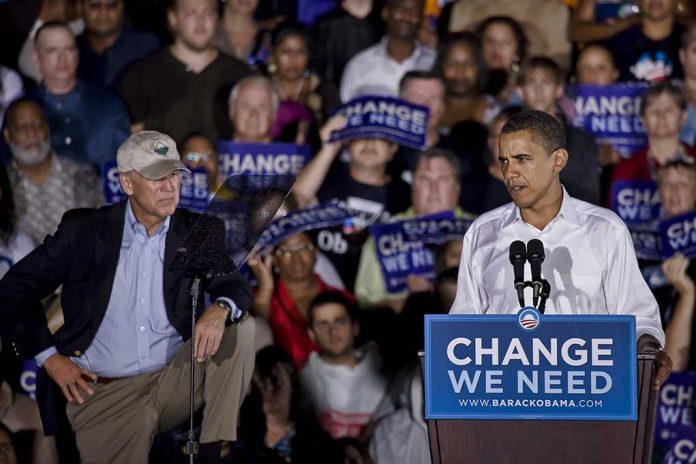 (NewsReady.com) – In 2016, America rejected former President Barack Obama’s policies over the previous eight years and elected his polar opposite: President Donald Trump. Over the course of 4 years, the 45th POTUS took a number of steps to undo some of his predecessor’s most damaging policies. When Joe Biden was elected in 2020, there was concern he would take the country right back to the Obama years, and now it seems like he might be doing that.

On Monday, March 22, White House Press Secretary Jen Psaki told reporters that Biden consults with Obama regularly on a “range of issues.” She said she believes that’ll continue throughout the Biden presidency.

The day after Psaki’s revelation, Obama released a statement calling for gun control, and Biden is now preparing to launch his own Second Amendment battle. Was that one of the issues they spoke about?

A once-in-a-century pandemic cannot be the only thing that slows mass shootings in this country. It’s time for leaders everywhere to listen to the American people when they say enough is enough. pic.twitter.com/7MEJ87Is3E

The question now is just how much influence does the 44th president have in the new administration? If Biden is just blindly taking his advice, that’s a real concern to the tens of millions of Americans who suffered during the Obama administration.