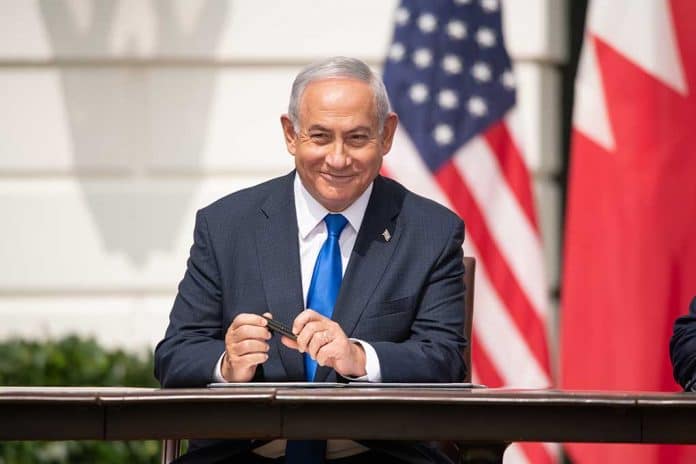 (NewsReady.com) – During former President Donald Trump’s administration, he brokered historic peace deals between Israel and multiple Arab nations. One of those agreements was with the United Arab Emirates (UAE). Recently, the world saw the fruits of Trump’s labor on full display.

On March 2, Israeli Prime Minister Benjamin Netanyahu met with the first ever UAE ambassador to Israel, Mohammed Al Khaja. The two men met with one another at Netanyahu’s office in Jerusalem and discussed the projects they hope to accomplish together.

Ambassador Al Khaja said the two countries are “making history” and in order to do so, they have to show “wisdom, courage, and confidence.”

I had the pleasure of meeting with Benjamin Netanyahu, Prime Minister of Israel. We discussed UAE-Israeli relations and bilateral cooperation in combating the COVID-19 pandemic. I thank the Prime Minister for the warm welcome I have received in Israel. pic.twitter.com/YIG1rqOwpz

The agreements Trump was able to make happen in the Middle East are among his greatest accomplishments and the work he did in four short years is obviously paying off. If he runs again in 2024, there is every reason to believe he will continue to push for peace in the violent region and make the world a safer place.