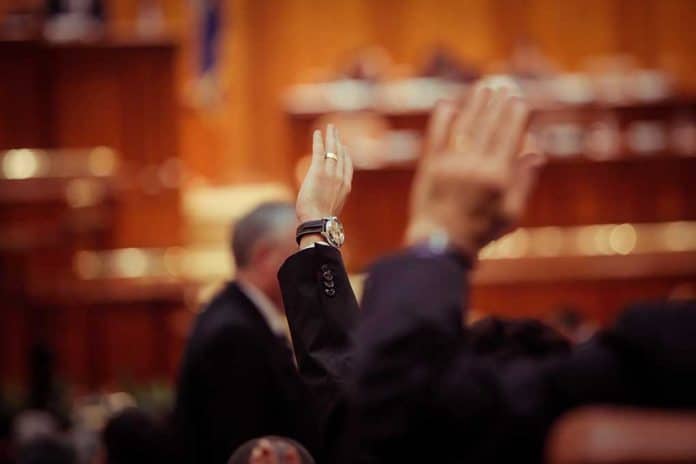 On October 21, the House voted along partisan lines to send a referral of a criminal contempt charge against Bannon to the Justice Department for prosecution. Democrats are angry that he defied their congressional subpoena and now want him to pay.

The House voted Thursday to hold Steve Bannon in criminal contempt of Congress, recommending that he be prosecuted by the Justice Department for refusing to comply with a subpoena from the committee investigating the January 6 attack on the Capitol https://t.co/nZdAgTRswa

Republicans voted against the referral. House Minority Leader Kevin McCarthy (R-CA) urged his caucus to reject the attempt by Dems to hold Bannon criminally liable for refusing to be part of the alleged witch hunt. Rep. Jim Banks (R-IN) argued that Speaker of the House Nancy Pelosi (D-CA) and her mostly-partisan committee were breaking the law by waging a criminal investigation against Bannon and other Trump supporters. The congressman called it an “illicit criminal investigation into American citizens,” and said Bannon is painted as a “boogeyman” by Democrats just because they hate his politics.

Democrats believe Bannon helped plan the Capitol Hill riots. Thus far, they’ve only shown evidence that he helped out with the Stop the Steal rally beforehand. Holding a political rally is not illegal.

The DOJ said it will investigate the referral, but made no other commitments.