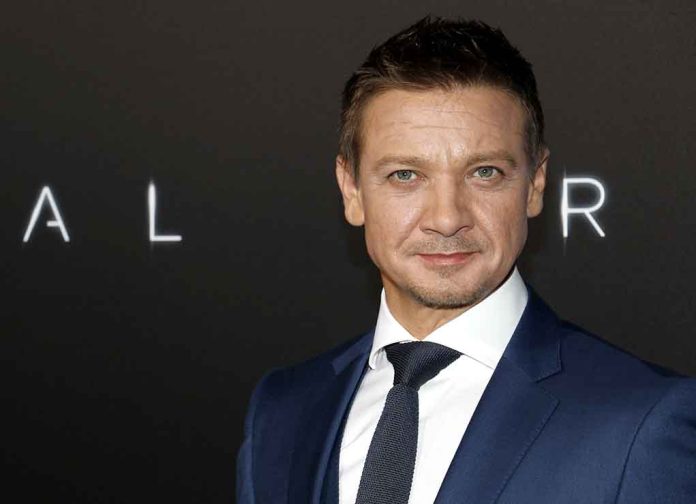 (NewsReady.com) – The first week of January was a tough one for Americans who watch television and movies. Marvel star Jeremy Renner suffered horrific injuries after a snowplow accident on New Year’s Day, and the actor underwent multiple surgeries. Fortunately, doctors expect him to recover, and he is thanking his fans for their support.

The accident happened after Renner used his 14,000+ pound snowplow to dig a family member’s car out of the snow after it got stuck at his home on Lake Tahoe in Nevada. The Washoe County Sheriff’s Office held a press conference and revealed the actor got out of the snowplow after he was finished moving the vehicle, but it began to roll. When he tried to jump back in it, the plow ran him over. He suffered severe injuries to his chest and other orthopedic injuries.

Renner underwent two surgeries to repair the damage to his body. He was then taken to the ICU to recover. On Tuesday, January 3, the actor posted a photo of himself on Instagram and thanked fans for their support. Then, on January 5, he shared a video on Twitter of his family treating him to a hospital “spa day.”

A “not no great” ICU DAY, turned to amazing spa day with my sis and mama❤️. Thank you sooooo much pic.twitter.com/pvu1aWeEXY

Renner’s accident wasn’t the only bad news Americans received. The day after he was run over by the snowplow, a safety for the Buffalo Bills, Damar Hamlin, suffered a cardiac arrest on the field during a match against the Cincinnati Bengals.

Hamlin was rushed to the emergency room, and the NFL canceled the game. Football fans later found out his heart had stopped, and the 24-year-old had a breathing tube inserted. Fortunately, doctors later revealed that, like Renner, Hamlin was going to recover. The breathing tube was removed, and he was in good spirits.

Damar Hamlin FaceTimed into our team meeting today to talk to players and coaches.

What he said to the team: “Love you boys.” ❤️ pic.twitter.com/8dorrWNaxt

Hopefully, the rest of 2023 is far less eventful than it was in the first week.