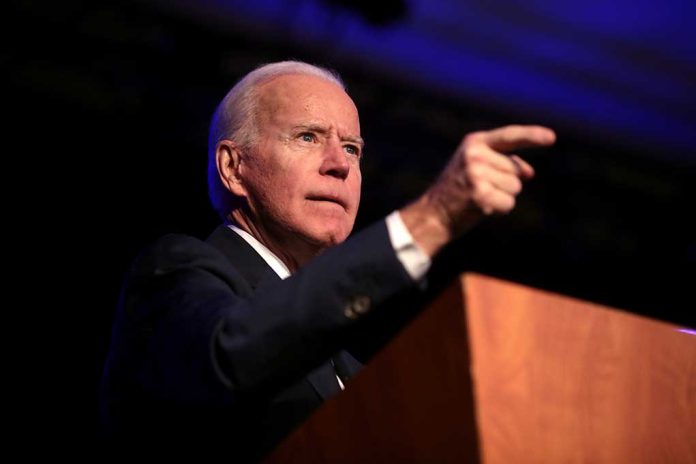 (NewsReady.com) – Democrats attacked former President Donald Trump for years for speaking his mind. If he said anything even slightly cutting, the Left collectively lost its mind. President Joe Biden ran a campaign promising he was going to return decency to the White House, and now that’s another broken promise.

On Monday, January 24, Biden was at a press conference when Fox News’ Peter Doocy shouted a question about whether the president thinks inflation will hurt the Democrats going into the midterms. Biden was caught on a hot mic sarcastically remarking that inflation is a “great asset.” Then calling the journalist a “stupid son of a [expletive].”

Doocy revealed later that evening that Biden called him an hour after the press conference and told him his remark wasn’t personal. The two agreed to move forward, but it wasn’t the first time he’d broken his promise to be decent.

Just last week on January 19, RealClearNews’ Philip Wegmann asked the president about his promise to be civil and how he contradicted himself when he compared Senate Republicans to racists like George Wallace. The president insulted the journalist, implying he didn’t know how to read English. The day after that confrontation, he called Fox News’ Jacqui Heinrich question about Russian President Vladimir Putin “stupid.”

Maybe the president plans to be more civil next year.