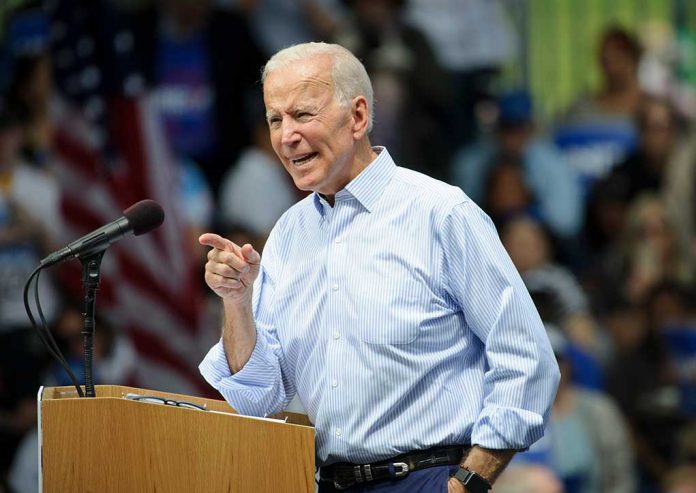 (NewsReady.com) – President Joe Biden’s Middle East policy took an unexpected turn over the weekend when he ordered airstrikes on Iran-backed extremists in Iraq and Syria. The radical groups were hit to reduce attacks on US troops in the region – but they could threaten Biden’s goal of resurrecting the old nuclear deal with Iran.

(NBC) – U.S. military forces have carried out what a Pentagon official calls “defensive” airstrikes in Iraq and Syria on Sunday against Iran-backed militia groups that were behind drone attacks on American personnel, the Pentagon says. https://t.co/3IqaV4CC84

On June 27, the Pentagon announced that, on Biden’s orders, US forces had hit two targets in Syria and one in Iraq. These were militia bases and weapon storage sites used by Shia militia groups, which are trained and supported by Iran. The same groups have carried out drone attacks on US forces in Iraq.

While the strikes themselves make sense as a force protection strategy, they contrast sharply with Biden’s main policy in the region, which is trying to get Iran to sign back on to the failed nuclear deal he helped negotiate under the Obama administration. Iran, which continues to make progress towards building nuclear weapons, is taking a hard line in negotiations – and, so far, Biden’s been willing to cave in to many of Tehran’s demands.

What effect will strikes on Iran’s allies have on the negotiations? Will Iran demand more concessions from the US, or pull out of the talks completely?