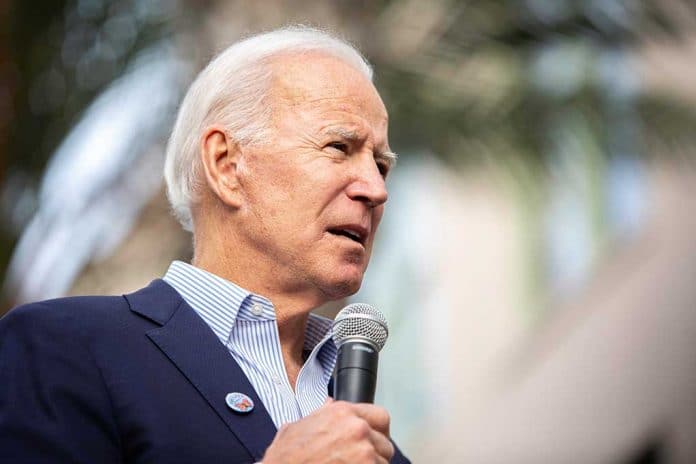 (NewsReady.com) – Questions about President Joe Biden’s health followed him throughout the campaign. It didn’t help that he did things like confuse his sister for his wife. And recently, when he landed in the United Kingdom, people overseas questioned the US president’s sanity.

On June 10, Biden met with British Prime Minister Boris Johnson. According to reports, he decided to stick his nose where it didn’t belong. Prior to the meeting US diplomats allegedly tried to intervene in a dispute between the UK and European Union over imports of cold food, like sausages, under the Northern Ireland Protocol. The Biden officials apparently told Britain to “stay cool” and reach an agreement, even if they have to make “unpopular compromises” to get there.

Democratic Unionist Party Leader Edwin Poots said Biden is trying to drive “a coach and horses through the Good Friday Agreement.” That’s the peace agreement that ended The Troubles. A Brexiteer also responded to the US president’s remarks, calling him “senile.”

Ouch! The entire world knows ⁦@JoeBiden⁩ should have NEVER been installed. He is neither mentally or physically fit to be in this position.

Brits Call Biden “So Senile He Probably Won’t Remember What We Tell Him Anyway” https://t.co/Vsvi2RxEac

The possibility of a conflict arising in Northern Ireland again is a major concern. The Troubles were extremely bloody. It appears Biden and his administration have forgotten that. No wonder people are so angry.