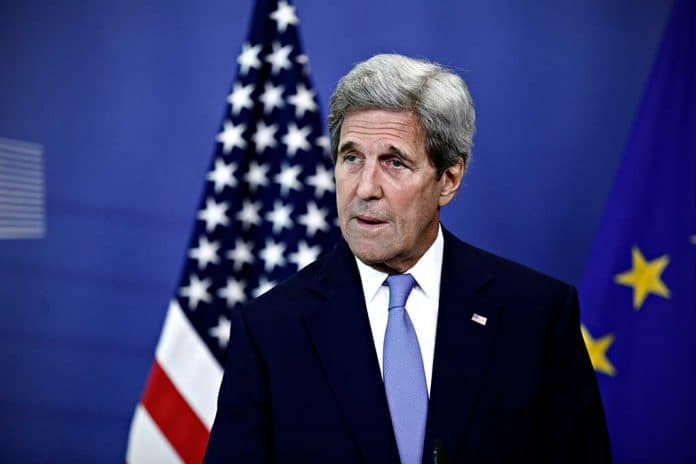 (NewsReady.com) – On April 25, the New York Times reported that Iranian Foreign Minister Mohammad Javad Zarif was heard in a leaked audiotape saying that former Secretary of State John Kerry told him Israel attacked Iranian interests roughly 200 times. Kerry quickly denounced the reports, saying he did no such thing while working for Former President Barack Obama or in the years since leaving office.

I can tell you that this story and these allegations are unequivocally false. This never happened – either when I was Secretary of State or since. https://t.co/BTOdFE1khW

Republicans quickly called on Kerry to resign from his position as President Joe Biden’s special climate envoy. Former Secretary of Mike Pompeo seemed particularly alarmed. He accused Kerry of “briefing Zarif on intelligence” related to Israel while he was “briefing President Trump.”

Pompeo said he hopes the reports are wrong and Kerry did not leak any information. However, he believes it’s time for the former secretary of state to come forward to explain why he was meeting with the Iranians in the first place.