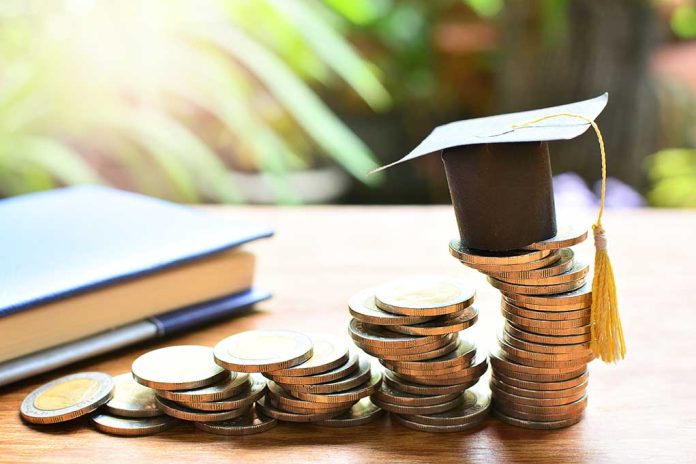 (NewsReady.com) – Efforts to block President Joe Biden’s student loan forgiveness plan took a hit last week after a conservative Supreme Court (SCOTUS) justice rejected a legal challenge. The decision comes on top of another rejection by a federal district court. With the first loans expected to be written off within days, the options for blocking the scheme are quickly running out.

JUST IN: Amy Coney Barrett has swiftly denied a Wisconsin group's bid to block Biden's student-loan forgiveness plan. Barrett (who handles emergency requests from Wisconsin) acted on her own, without referring the case to the full court or seeking a response from the government. https://t.co/utBzg4AhAp

On October 10, the Brown County Taxpayers Association filed a lawsuit against Biden in an attempt to stop the president from writing off billions of dollars worth of student debt. However, a Wisconsin district court rejected the case, saying the association didn’t have legal standing to sue the federal government over its use of taxpayer funds. On October 20, SCOTUS Justice Amy Coney Barrett, a conservative appointed by former President Donald Trump, reviewed the association’s appeal and rejected it, ruling the lower court was correct. The decision wasn’t unexpected; Barrett is opposed to judicial activism and doesn’t like SCOTUS getting involved in cases where the plaintiff has no legal standing.

The same day, a federal judge in Missouri threw out a suit brought by six state attorneys general, again ruling they didn’t have legal standing. However, the 8th Circuit Court of Appeals issued an emergency stay while the decision is appealed, putting the student loan forgiveness disbursements on the back burner — for now.

Do you think the lawsuits will prove successful?