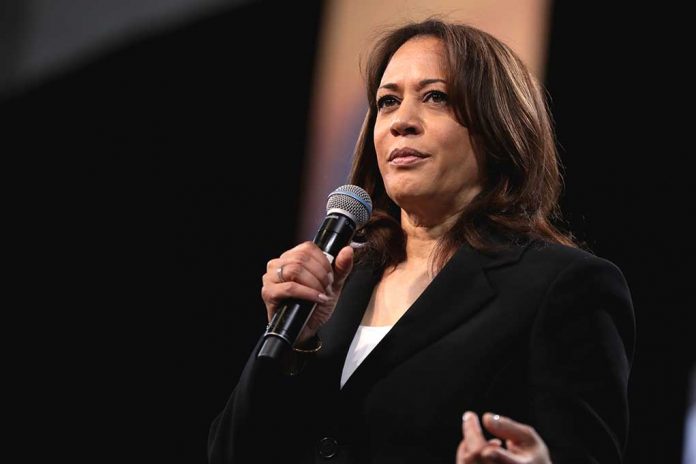 (NewsReady.com) – On May 21, Vice President Kamala Harris met with South Korean President Moon Jae-in at the White House. What she did when she greeted the foreign leader led to a tremendous amount of backlash online.

Harris greeted the South Korean leader with a handshake. Had it stopped there everything would have been okay. Instead, the vice president shook Jae-in’s hand and then promptly wiped her hand on her jacket as though she were afraid she might get cooties from the foreign leader.

Vice President Harris is fully vaccinated against COVID-19, so there was no reason for her to wipe her hand off after she touched the president. In fact, even if he did have germs on his hand, all she managed to do was spread them on her clothing. If President Donald Trump had done something like that, the media would have gone wild and probably declared he hated all South Korean people or something equally as outrageous. It would have been a scandal to end all scandals. The mainstream media is barely acknowledging Harris’ insult, though. How shocking.