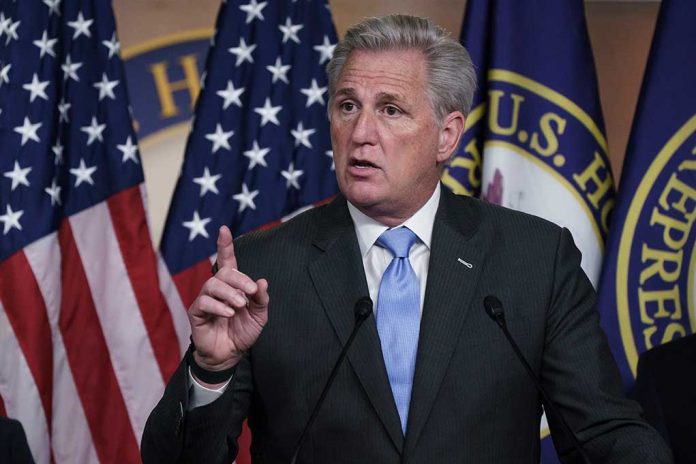 (NewsReady.com) – Midterm elections are over, and the parties are now going to choose their leaders. Republicans recently decided Rep. Kevin McCarthy (R-CA) will remain the leader of the House GOP caucus.

At the time of this writing, Republicans are on the cusp of turning the lower chamber red. Though their majority will be a razor-thin margin, it’s just enough to snatch the gavel away from Speaker of the House Nancy Pelosi (D-CA). McCarthy was the clear choice to move the caucus forward, but he did face a challenge.

In With the Old

On Tuesday, November 15, House Republicans voted to decide who their leader would be moving forward. Rep. Andy Biggs (R-AZ) challenged Minority Leader McCarthy. The far-right conservative has been a vocal opponent of the California Republican’s leadership in the lower chamber.

Biggs was elected to Congress in 2016, riding the same train that put former President Donald Trump into office. He’s one of the most vocal supporters of the 45th POTUS. Earlier in the day, the congressman released a statement announcing he was going to challenge McCarthy. He went on to say how he wanted to put a number of reforms in place, including bills that only cover one subject and allow more time for members to read the proposed legislation.

The ultra-right conservative’s challenge to McCarthy’s leadership role failed. When the caucus took a vote on Tuesday, the minority leader easily won 188-31. The party conducted the vote in secret.

For years, McCarthy has wanted to rise to the role of speaker. When the party cast votes, they were on the cusp of winning. The next step will be a vote in January, where the minority leader will need to win 218 votes, a majority of the House, if he wants to take over Pelosi’s job. That means Biggs and all of the others who voted for him will need to fall in line.

One thing McCarthy has working in his favor is an endorsement from Trump, who is running for the Oval Office again. The two men shared a close relationship when the ex-POTUS was in office.

Do you support McCarthy becoming the leader of the GOP once again? Or would you like to see someone new take over?