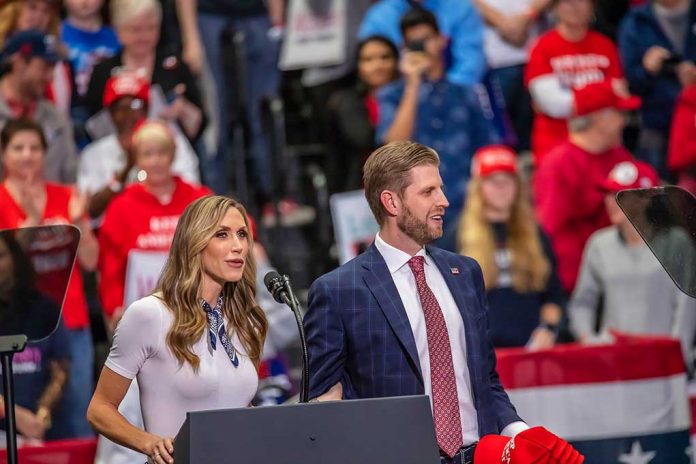 (NewsReady.com) – In January 2021, prior to leaving office, Facebook banned President Donald Trump from its platform. The company took his page down and no longer permitted him to use the website to speak to the American people. After Trump left office, Facebook announced it was permanently banning him.

Apparently, that ban extends to his voice. That’s right — Facebook users may not even hear the former president’s voice any longer.

He Who Must Not Be Heard

On Tuesday, March 30, Lara Trump, the former president’s daughter-in-law, posted a video with audio of an interview with her father-in-law on Facebook and Instagram. The company removed the interview and sent her an email letting her know that the video was taken down on both sites because Trump is banned. The company went on to say that the ban extends to “posts with President Trump speaking.”

The ban was immediately compared to the way the characters in Harry Potter are not allowed to speak about Lord Voldemort.

Facebook declared that it would censor any content “in the voice of Donald Trump.” It appears that Trump has achieved Voldemort status on social media and is now “he who must not be heard.” https://t.co/oLKOxaMskl

After receiving the email, Lara Trump issued a warning.

On Friday, April 1, Lara spoke to Fox News and said that she understands a lot of people do not like her father-in-law and that they “might celebrate” the ban, but they shouldn’t. She pointed out that “every American should be outraged” by what happened because “tomorrow, it could be you.”

Although Facebook is a private company that has the right to impose bans if it wants, it should alarm everyone that a former president is being censored the way he is. And, if they can do it to someone like that, what makes anyone think the company won’t do it to them?