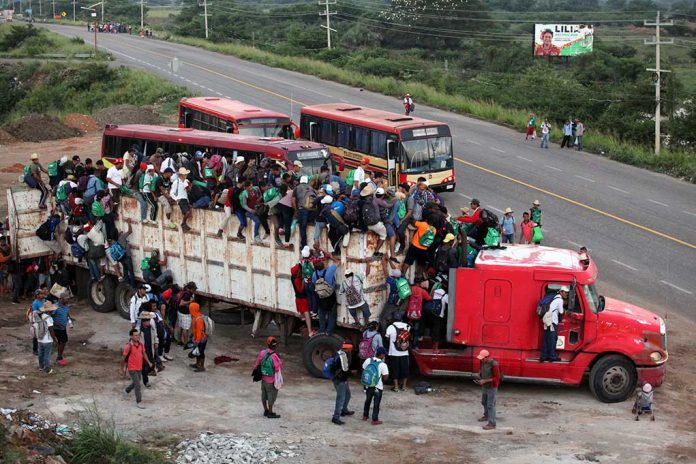 (NewsReady.com) – President Joe Biden and Vice President Kamala Harris have not solved the crisis on the border nearly five months into the administration. What’s worse is that the crisis is spreading. Two Texas sheriffs are now speaking out about how dangerous human smuggling has become.

On June 9, the Washington Examiner reported Victoria County Sheriff Justin Marr and Jackson County Sheriff A.J. Louderback said cartels who are smuggling migrants are becoming a problem on Texas highways. Marr said cartels are “a lot more aggressive” and have “no regard for life, liberty, or property.” He explained that the smugglers don’t care about the people they are bringing into the country, families on the road, or police officers. Louderback said, “They’re better, faster. They’re stronger. They’re more funded.”

The border crisis continues to be IGNORED by the White House. Is murder, child trafficking, and cartel-related crime not enough for them to act ? Don’t be mistaken – the horrible violence we're seeing on the border is what Joe & Kamala WANT! pic.twitter.com/elqM8umRrk

While smuggling makes American highways more dangerous, the Biden administration isn’t making much progress. That means more people will likely be smuggled and citizens could even be hurt while traveling on roads that should be safe. How much violence has to occur before they do something about it?