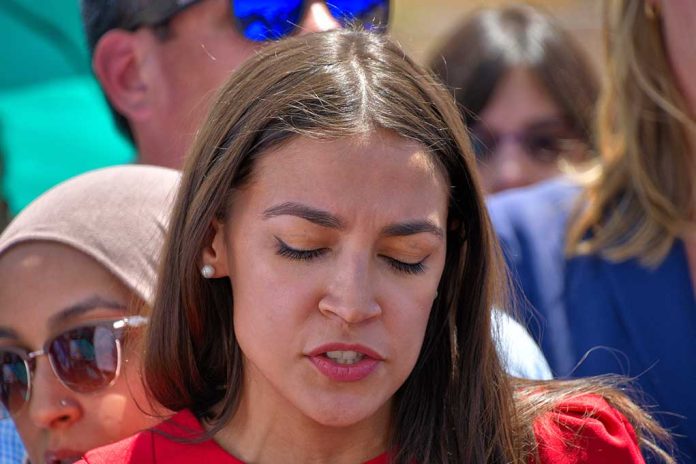 (NewsReady.com) – In 2019, the conservative National Legal and Policy Center (NLPC) filed an FEC complaint against Rep. Alexandria Ocasio-Cortez. An FEC panel dismissed the complaint without explanation in January 2022. Now, the NLPC has filed a lawsuit.

On March 25, the NLPC filed suit against the FEC in federal court. According to a statement by the watchdog group, it’s accusing the federal regulatory agency of “unlawfully and arbitrarily” dismissing its complaint against AOC. The group accused the congresswoman’s team of funneling nearly $900,000 into two limited-liability companies to evade finance laws by not reporting expenditures over $200.

The companies, Brand New Congress and Justice Democrats, were owned by Ocasio-Cortez’s former Chief of Staff, Saikat Chakrabarti. The New York Post reported the FEC’s decision to dismiss came after a deadlocked vote by its investigative panel.

NLPC Counsel Paul Kamenar called the FEC’s decision to dismiss the complaint “outrageous.” He pointed out that former FEC commissioners have said the allegations against the congresswoman could rise to a criminal level, and he believes the organization will win its lawsuit in court.

Would you like the FEC to reopen its investigation into Alexandria Ocasio-Cortez?