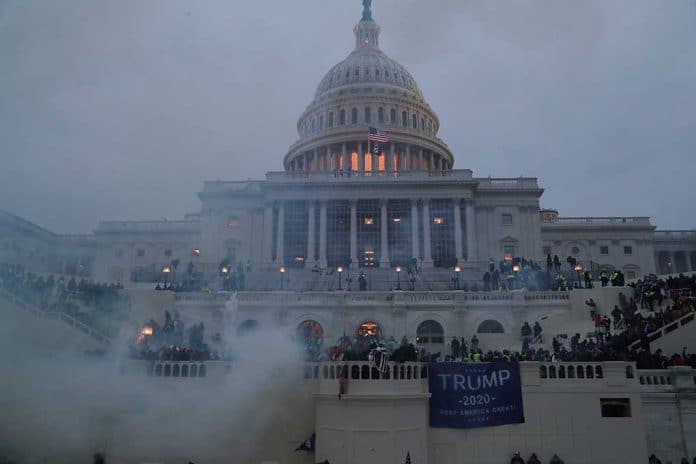 (NewsReady.com) – The events of January 6 at the Capitol Building have left US officials on edge. President Donald Trump has repeatedly called for the American people to remain calm and stay peaceful in the hopes he can stop any unrest before it happens.

The FBI and other law enforcement are monitoring online chatter, and now they’re issuing a warning.

On January 14, FBI Director Christopher Wray publicly briefed Vice President Mike Pence for the first time since the Capitol Hill incident. The director said his agency is tracking an “extensive amount of concerning online chatter” about the possibility of armed protests in state capitals around the country and in Washington, DC.

Law enforcement believes the events will take place during the weekend of January 16 and 17, as well as the week leading up to the inauguration.

President Donald Trump’s supporters across the internet are calling on Conservatives to stay home in the coming days. They believe that the chatter about armed protests is being started by activists on the other side of the aisle in an effort to make them look bad. Or worse, it’s an excuse to pass stricter gun control laws down the road.

Messages like the one below are being spread to alert patriots of the possibility that the Left is setting them up.

There’s no doubt many Americans will want to make their voices heard as Joe Biden is set to be sworn in. It’s worth considering what’s more important: protesting or your safety? It might be best to stay home and keep yourself and your family safe just in case a rogue actor acts violently, or the warnings are right and this is a setup.

While you’re at home, make a plan to get civically involved when this is all over.