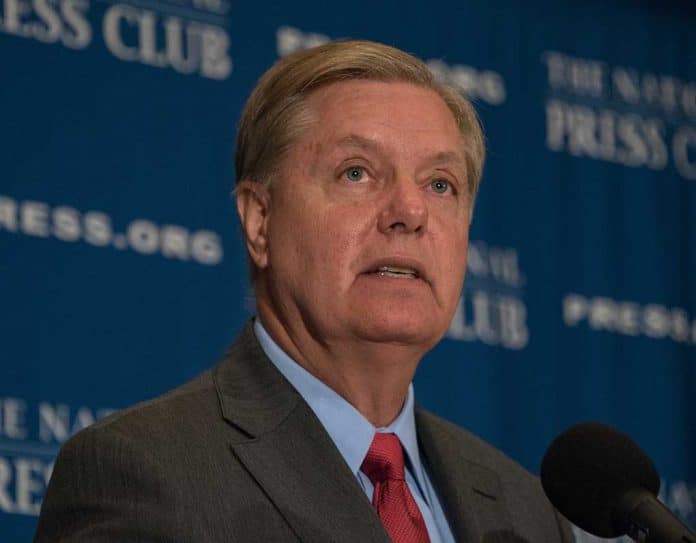 (NewsReady.com) – Senator Lindsey Graham (R-SC) and President Joe Biden were once friends. The two men served in the Senate together and got along as well as two people with completely opposite ideologies could. It looks like that friendship has come to an end, and the senator is calling the POTUS out.

During an interview with Fox News before Veteran’s Day, Graham discussed Biden’s decision to remove all US troops from Afghanistan and end America’s longest war. He said the president has “blood on his hands” because of the way he handled the withdrawal. Thirteen American service members lost their lives guarding the airport during the evacuation.

The senator also called Biden “incompetent,” saying he’s the worst president on foreign policy in his lifetime. Graham has long advocated for a continued US presence in Afghanistan. He believed the best way to help the Afghan government continue to function was to keep troops in the country.

Graham might have been on to something. Before the last US military plane even left Afghanistan, the Taliban had taken over. Now, the extremist group that American troops fought for 20 years is in charge again, leaving many to wonder: What was the point?