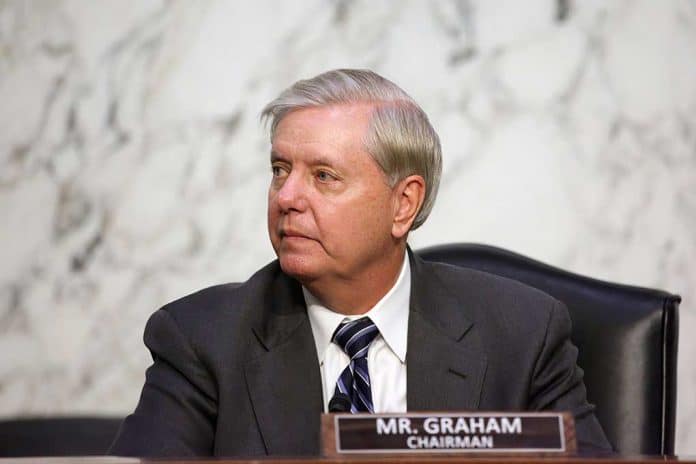 (NewsReady.com) – Senate Minority Leader Mitch McConnell (R-KY) recently spoke out against former President Donald Trump. The senator joined other Republicans to condemn him for something he was acquitted of in a trial. On February 16, Trump released a statement saying McConnell is an “unsmiling political hack” who voters should kick out of office. Later that day, a GOP senator also expressed his displeasure with the leader.

During an interview with Sean Hannity, Senator Lindsey Graham (R-SC) said he doesn’t think McConnell’s views on Trump are shared among the party at large. He explained the Republican Party doesn’t “have a snowball’s chance in hell” of winning the majority without Trump standing behind them.

Graham isn’t wrong. Trump is a force within the GOP. More than 74 million Americans cast their ballots for him. He’s the most popular figure in the party since Ronald Reagan. Either the establishment is going to jump on board, or they are going to get run over by the train. McConnell is going to need to decide what he wants to do, quickly.