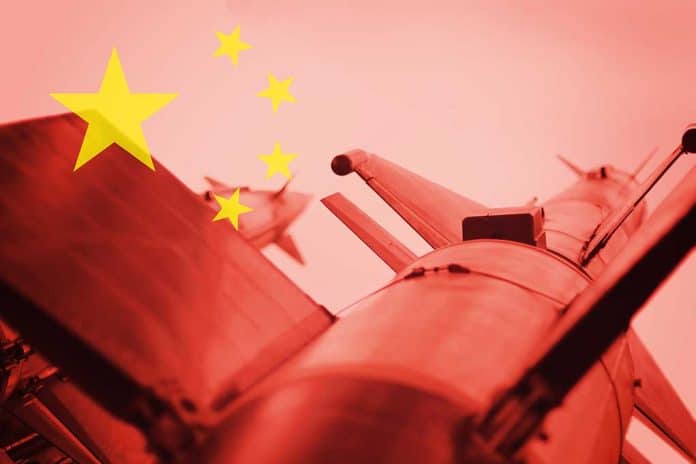 (NewsReady.com) – A recent Financial Times report alleged China tested a nuclear-capable hypersonic missile. The missile reportedly circled the globe before it went toward its target and caught the US by surprise. Intelligence officials weren’t sure how the Chinese developed the technology. Now, one Republican senator is expressing concern.

On Monday, October 18, Senator Lindsey Graham (R-SC) told Fox News’ Sean Hannity that a nuclear-capable hypersonic missile is a “game-changer when it comes to nuclear forces.” The lawmaker claimed the Chinese government has leapfrogged the US. “God help us all,” he said. The senator pointed out that President Joe Biden was either going to have to convince the country to stand down or “develop a capability to neutralize [the weapon] and one-up China.”

Chinese Foreign Ministry Spokesman Zhao Lijian denied the government had tested a nuclear-capable hypersonic weapon. He told reporters they’d launched a “routine spacecraft test” he believes will be a “convenient and cheap way” for people to use space for peaceful purposes.

When President Donald Trump developed the Space Force, this is exactly the kind of problem he worried would happen. He warned China was developing weapons that could make space a battleground. This weapon allegedly flew through space at a low orbit, proving him right. Now, it’s Biden’s responsibility to respond. No wonder Graham is worried.