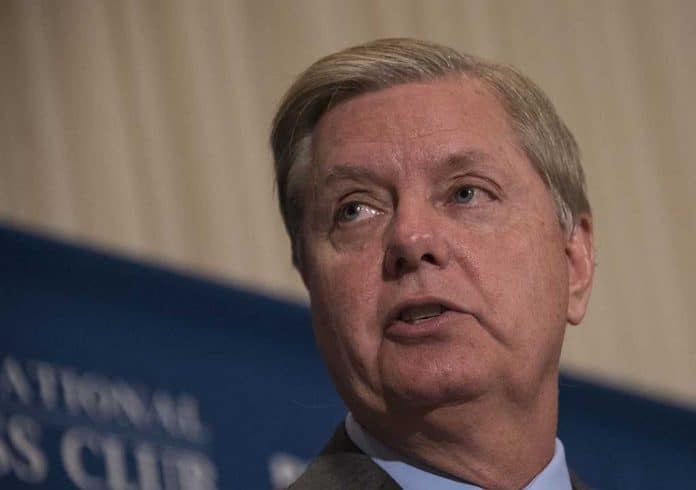 (NewsReady.com) – When President Joe Biden took office, he almost immediately rolled back most of former President Donald Trump’s immigration policies. That caused a historic surge of illegal immigrants at the border. Shortly after, he realized he couldn’t handle the problem, so he thrust it on Vice President Kamala Harris. Five months later, she isn’t doing much, either. Senator Lindsey Graham (R-SC) is now slamming the administration for its failures.

During a June 22 interview on Fox News’ “Hannity,” the Republican senator slammed the president and his administration for their failed policies. He said they’re “incompetent and foolish” regarding illegal immigration. Graham explained he believes the only people who have won as a result of Biden’s policies are drug cartels, coyotes, and human traffickers in Mexico. He was particularly upset about Homeland Security allowing asylum seekers who didn’t show up to their original hearing to get another shot at staying in the US.

Graham and his fellow Republicans believe the president and vice president have been completely incompetent when it comes to the border. The White House could have solved the issue months ago by just reinstating Trump’s policies. The president didn’t do that and hasn’t even mentioned it in the public, presumably because his base would lose their minds. So instead, the US is becoming less safe for hard-working Americans.