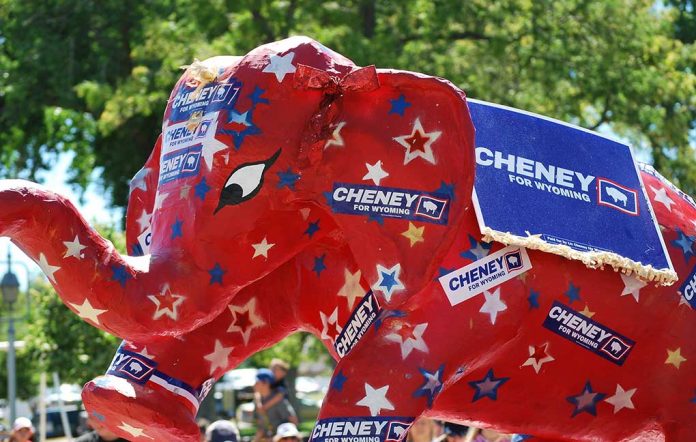 (NewsReady.com) – In January, Rep. Liz Cheney (R-WY) was one of 10 House Republicans who voted to impeach former President Donald Trump. For months after the vote, she trashed the popular former POTUS and eventually lost her leadership role within the party as a result. As the 2022 midterms approach, it looks like Cheney could pay for her decisions with her political career.

Cheney is facing an ever growing list of challengers from the Republican Party to take her seat. Former President Donald Trump is meeting with Conservatives whom he believes might be a good candidate to fight her in the primary.

Trump announces he'll meet with primary challengers to @Liz_Cheney next week in NJ, saying he wants one candidate to oppose her pic.twitter.com/w0674pgUut

On July 28, Newsweek reported a businessman, Darin Smith, might be just the man for the job. A survey by the Remington Research Group revealed 70% of respondents preferred him over Cheney, who received just 20% of the vote.

Republican state lawmakers Senator Anthony Bouchard and Rep. Chuck Gray are also running against the congresswoman in the primary. However, Bouchard has received blowback after he admitted he got a 14-year-old girl pregnant when he was 18. He has not indicated any plans to drop out even though he admitted to not being the strongest candidate.

Trump has not made an endorsement in the race, but that’s expected to come soon.