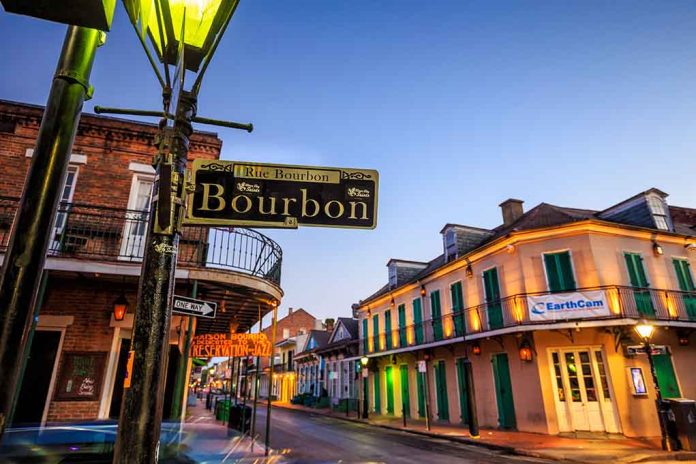 (NewsReady.com) – On New Year’s Day, Pennsylvania residents heard a loud boom. NASA later reported the noise was a large meteor breaking apart while traveling 45,000 miles per hour. The blast was the equivalent of roughly 30 tons of TNT exploding. In California, residents also heard loud noises in Marin County, which officers are investigating. Now, people in two other states heard something strange.

On Tuesday, January 25, Louisiana and Alabama residents reported hearing a loud noise. In New Orleans, people said the sound of an explosion was so loud it shook their homes and windows. The New Orleans Police Department confirmed to local reporters that several 911 calls came in about a “large boom/noise” at about 11:15 p.m., but authorities don’t know what caused it.

Loud pop outside the house tonight. Mics a bit bad but you can hear it still. Happened around the time reports were coming from #nola
Could just be something falling outside. I'm not going to say its for sure the boom until I hear others reporting it in MobileAL pic.twitter.com/i27mRnC6oQ

Some social media users speculated the noise could be the result of the military jets doing maneuvers that broke the sound barrier and created a sonic boom. However, Nola.com reported those exercises are usually performed over the Gulf of Mexico, and residents can’t hear them. A Naval Air Station Joint Station Reserve Base New Orleans communication specialist, Micah Blechner, said the noise wasn’t the result of any of their military aircraft.

Another theory was a meteor caused the sound, but Bill Cook, the head of NASA’s Meteoroid Environment Office at Marshall Space Flight Center in Alabama, said he didn’t see anything in the area. An earthquake was also ruled out.

A New Orleans Police Department spokeswoman told Nola.com the sound is under investigation.