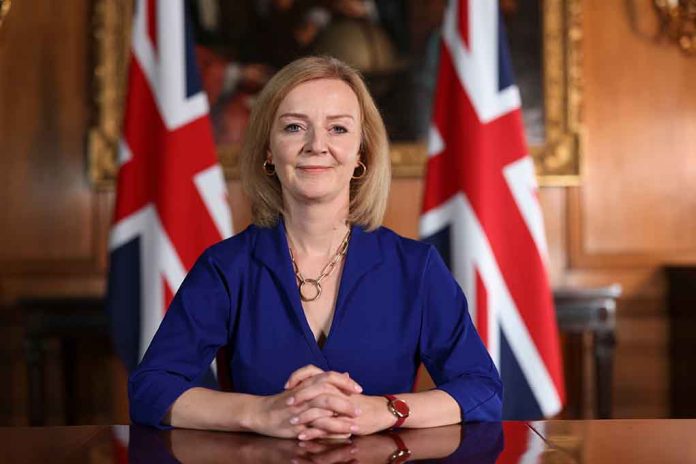 (NewsReady.com) – On September 6, Liz Truss and then-Prime Minister Boris Johnson traveled to Scotland to meet with Queen Elizabeth II at Balmoral Castle. Johnson officially resigned from office, and the monarch asked Truss to form a new government. The two women posed for photos, which ended up being the last official photos of the queen who’d reigned for 70 years. Two days after the meeting, Elizabeth passed away, and Truss was left to lead a Commonwealth that had completely changed.

After six weeks in office, the new prime minister realized she was not up for the job and quit.

On October 20, 44 days after she met with Queen Elizabeth II, Truss resigned from her position as prime minister. In a speech in front of Number 10 Downing Street, she indicated that she realized she was not going to be able to “deliver the mandate on which [she] was elected by the Conservative Party.”

Truss’ announcement concluded a week of speculation about how she was being pushed out of her position. She became the third conservative prime minister in three years to resign from the position. Her term — the shortest in history — was marred by turmoil from the start.

Problems From the Start

The conservative leader took office at a time of great strife for the UK. After battling the pandemic for three years, the Commonwealth was trying to move forward, but economic woes were getting in the way. Inflation rose by 10.1% in September over the previous 12 months. Food, housing, and transportation costs are all soaring, making life difficult for citizens.

Truss attempted to push a radical tax plan that sent the markets into a tailspin, so she had to walk back the plan after outrage erupted. To remedy the problem, she fired Finance Minister Kwasi Kwarteng. Instead of cutting taxes, the PM said she was going to implement a number of spending cuts.

The day before Truss announced her resignation, the vice chair of the powerful Tory 1922 Committee submitted a letter of no-confidence against her. The committee’s chair, Sir Graham Brady, was going to call a vote that would have made it official, but Truss resigned before it could happen.

Truss will remain in her position until the Conservative Party chooses her replacement. A vote is expected to take place sometime this week.