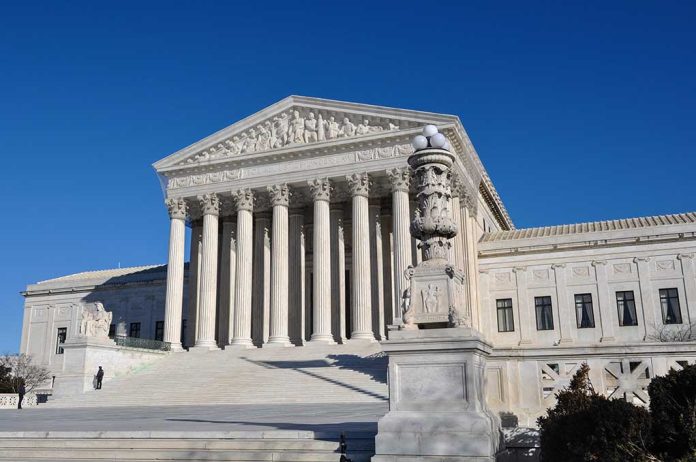 Media in SHOCK After Leaked Documents Made Public

(NewsReady.com) – On Monday, May 1, as much of the country was tuned into the Stanley Cup Playoffs or the Met Gala, POLITICO dropped a bombshell. The website published an alleged Supreme Court majority draft opinion that showed the justices could be poised to overturn Roe v. Wade. Questions are now swirling about whether the draft is real and, if so, who leaked it.

Experts say the document handed over to POLITICO is almost certainly authentic. SCOTUSBlog said the leak will have a devastating impact on the high court, calling it “the gravest, most unforgivable sin.”

The document leaked to Politico is almost certainly an authentic draft opinion by J. Alito that reflects what he believes at least 5 members of the Court have voted to support — overruling Roe. But as Alito’s draft, it does not reflect the comments or reactions of other Justices.

There are a lot of theories floating around about who did it, but the leak could only have come from one of the 9 justices or one of the 36 SCOTUS clerks. One theory is that one of the liberal justices (or their clerks) leaked the document to enrage the public. The other theory is that someone on the majority side leaked it to exert political pressure on the justices to keep them from changing their votes.

The alleged majority opinion draft written by Justice Samuel Alito is a complete repudiation of the 1973 Roe v. Wade decision and Planned Parenthood v. Casey, a subsequent 1992 decision affirming Roe. In the draft, which was reportedly circulated in February, the conservative justice says the 1973 decision was a mistake from the beginning because the Constitution doesn’t guarantee the right to privacy. He states it’s time to send the issue back to the people’s elected representatives, essentially leaving the issue up to the states to decide.

Alito is joined by colleagues Clarence Thomas, Brett Kavanaugh, Amy Coney Barrett, and Neil Gorsuch. If published today, it would be a 5-4 ruling to end abortion rights. A final ruling is expected over the summer.