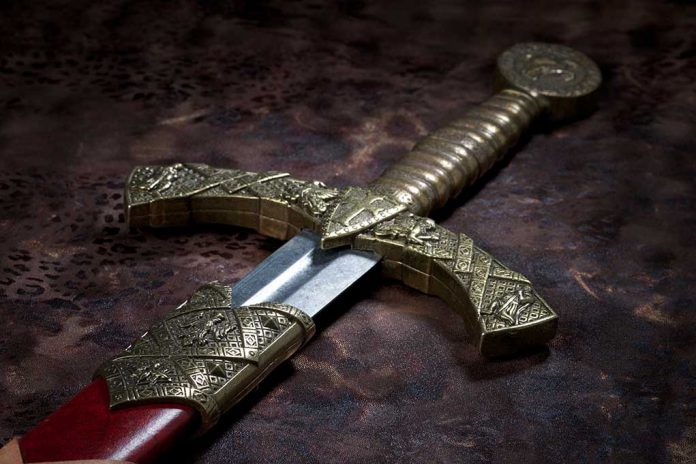 (NewsReady.com) – A New Mexico couple has been arrested and charged with murder after a frenzied sword attack on the man’s ex-girlfriend. The 21-year-old woman was found slashed, stabbed, and partly decapitated in late October. It’s a shocking case, confused by reports of secret societies, mental illness, and a three-way relationship.

On October 29, Albuquerque police were called to a home on Jaguar Drive after the owner reported her son’s new girlfriend was killing a woman in the garage. When cops arrived, they found the body of 21-year-old Grace Jennings, who had several slashes and stab wounds plus injuries “consistent with attempts to decapitate.” A bloody sword was found near the body.

Now, cops have arrested 25-year-old Isaac Apodaca and 19-year-old Kiara McCulley on suspicion of murdering Jennings. Allegedly, Jennings, who cops say was previously in relationships with Apodaca and McCulley at the same time, asked if she could stay over with the couple in the apartment above his mother’s garage on the night of October 28.

The next day, Apodaca claims, McCulley ordered him and Jennings to leave, and although his mother owns the apartment and McCulley doesn’t, he agreed. He says he left the apartment for two minutes while packing, and when he came back, Jennings was dead.

Meanwhile, McCulley says she has multiple personality disorder and doesn’t remember killing Jennings but did want her dead. When cops checked Apodaca’s phone, they found text messages from him to McCulley, urging him to kill Jennings in exchange for promotion in a secret organization called “Ghost” he claimed to lead. McCulley told police that this organization “gets rid of” sex traffickers.

Apodaca and McCully have both been charged with first-degree murder.