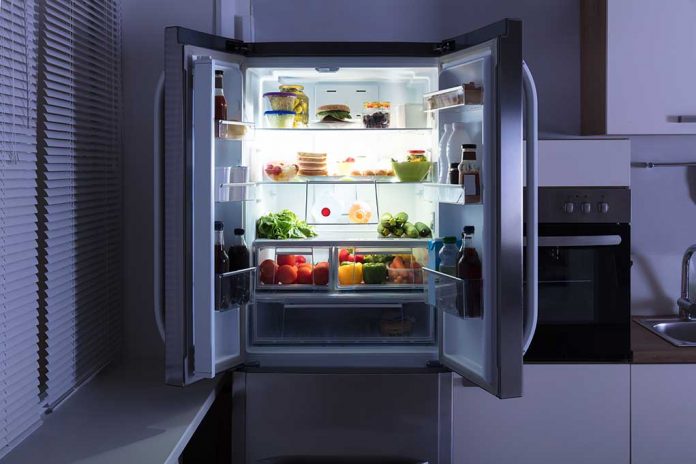 (NewsReady.com) – Sometimes life comes at you fast. That was the case for a Washington man who reacted badly to a loud noise. Now, he’s internet famous for all the wrong reasons.

At the end of July, a man in Yakima thought he heard gunshots coming from below a refrigerator. So, he did what any totally responsible person would do: pulled out a gun he wasn’t supposed to be in possession of and shot at the fridge. When officers responded to the scene, the man was in an alleyway “yelling incoherently” and the gun was lying in the street.

What you missed on Terry Boyd's World: A Yakima man was arrested this past weekend because he thought someone was inside of his fridge!

Join us every day at 5:30am each morning to hear more crazy stories on Luck of The Draw 🍀 https://t.co/wl6CjqChlF

After an investigation, the police learned the loud noise the man heard was actually a soda can exploding. In fact, he was placing soda in the fridge when the explosion happened.

Officers took the man to jail and charged him with discharging a firearm and the unlawful possession of a gun. Hopefully, he’ll get help so nothing like that ever happens again.