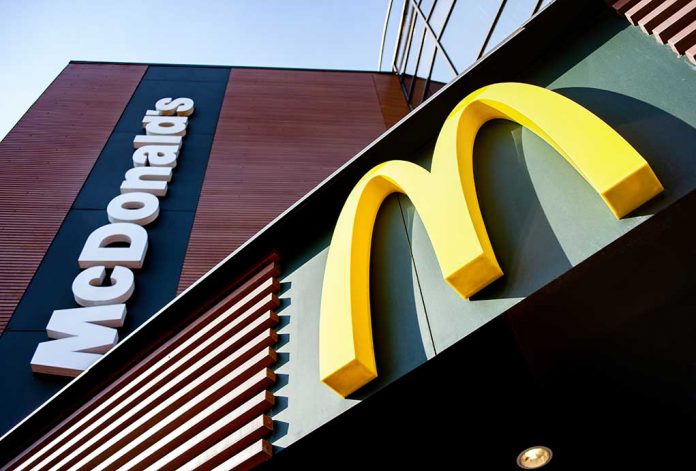 (NewsReady.com) – Recently, customers at a South Carolina McDonald’s received a shock when they walked into a newly remodeled location. A man was using the restaurant as his tattoo parlor.

On August 6, 28-year-old Brandon Presha tattooed a child’s face while sitting in a McDonald’s. Police learned about the incident when someone tagged them in a video online. They began investigating it and discovered Presha was the artist in the recording. Not only did he tattoo a child in an area that wasn’t sterilized, but he wasn’t licensed, either.

Police arrested Presha and charged him with underage and illegal tattooing. Laurens Police Department Chief Chrissie Latimore called the incident “disgusting” and said Presha was being held on a $25,000 bond.

McDonald’s told Fox News that the safety of its customers and employees is its top priority. The fast-food chain went on to say tattooing inside of its restaurants isn’t in line with their expectations about how their locations are run — as if they had to clarify that.

In South Carolina, it isn’t legal for someone to tattoo another person if they’re under the age of 18, even if the minor’s parent consents. Presha is facing a fine of up to $2,500, a year in prison, or both.