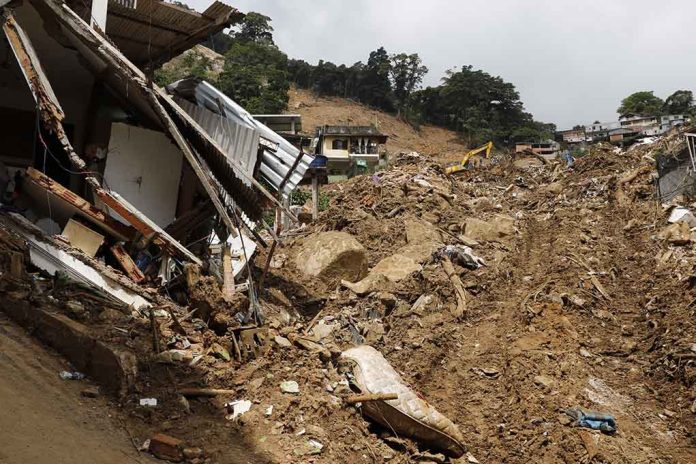 (NewsReady.com) – Hurricane Julia wasn’t a particularly powerful storm, certainly not like Hurricane Ian was when it hit Florida. Still, when the category 1 hurricane pummeled Latin America, Venezuela experienced an incredible amount of damage that has left dozens dead and missing.

On October 7, Tropical Storm Julia passed Venezuela along the coast. While the storm did not make landfall in the struggling nation, it still brought torrential rain. That caused a landslide in Las Tejerias. Even days after the cyclone passed near the coast, families have been left searching for their loved ones and burying them once they were pulled from the destruction.

A landslide in Las Tejerías, Venezuela, on Oct. 9 left at least two dozen people dead and more than 50 missing after a river overflowed due to heavy rains amid #Julia. https://t.co/gGzkUqCK0R pic.twitter.com/1TTWI19bwv

As of October 12, the death toll was at least 43, and roughly 56 people were still missing. Crews were extending their searches on Wednesday afternoon, hoping to find the missing and dead. Magaly Colmenares, a resident, spoke to the Associated Press. She lost her grandson and his 3-month-old sister. A man was buried in the mud near them; he’d tried to help the children when he lost his life as well.

After causing the deadly mudslide in Venezuela, the storm turned into a hurricane and ripped across Central America. El Salvador, Guatemala, and other countries were hit with torrential rains that brought flooding. Latin America is now left to pick up the pieces and carry on, much like the US after its storm.