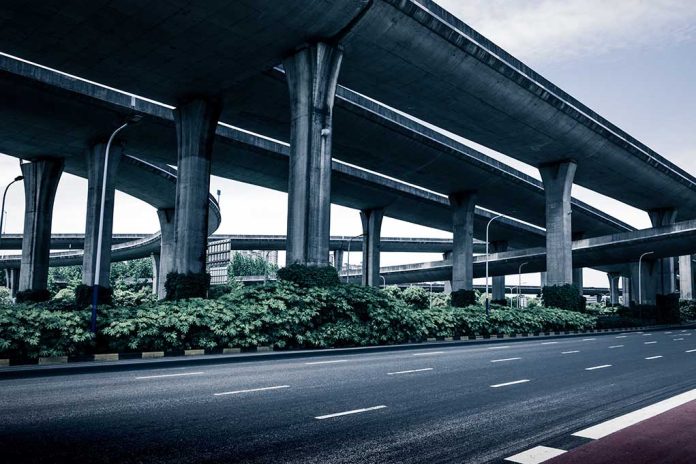 (NewsReady.com) – The United States is filled with old graveyards. That makes sense because it’s more than two centuries old. Unfortunately, not all of the graves have always been treated with the dignity they deserve.

Over the years, many lost burial grounds have been found. Most recently, one was discovered in an unexpected place.

Maria da Graca, a Rhode Island woman, has been searching for her great-great-grandfather’s grave for more than a decade. Her search brought her to Route 37 in Cranston. She was worried that her relative was buried under the highway which was built over part of a state institution’s old graveyard.

According to authorities, there are, indeed, graves under the highway. When Route 37 was built in the 1960s, it went overtop of a state institution’s graveyard called State Farm Cemetery #1. Rhode Island Department of Transportation spokesperson Charles St. Martin told the media that the graveyard contained 1,200 graves that included 3,000 people. Before the highway was built, workers were supposed to move 1,000 of the graves.

In 2006, heavy rains exposed dozens of coffins, which the state then relocated. And although they know the graves are under the highway, there are no plans to move the remains. St. Martin explained the remains belonged to the poor and there aren’t any records to identify them.

Da Graca’s relative was likely buried in the institution’s #3 cemetery. The DOT thinks he might have been moved to cemetery #2 in 1975 when an industrial center went up over the original burial site. However, she isn’t convinced and said she will keep looking for him.

The Rhode Island graveyard isn’t the only one discovered in recent years.

In 2019, geophysical technicians discovered 145 coffins under King High School in Hillsborough County. Authorities believed the site was once the Ridgewood Cemetery, an indigent graveyard for African-Americans.

The Hillsborough County School District plans to make the site a walkable memorial to honor the people who were buried there. Perhaps, Rhode Island officials should take a page from Florida’s book.