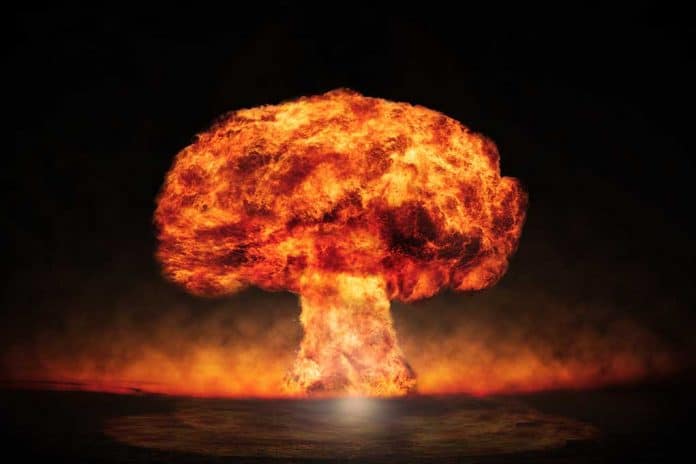 (NewsReady.com) – On Monday, June 14, an explosion rocked a town in Illinois. A massive chemical fire engulfed the Chemtool Inc. plant in Rockton. Seventy employees were in the building when the fire started, but all were able to get out safely. Now, authorities are trying to mitigate the damage.

People called the fire department around 7 a.m. to report the blaze and residents in the area reported hearing explosions. Rockton Fire Chief Kirk Wilson ordered a mandatory evacuation of a one-mile radius surrounding the plant. The alert was sent out to people on their phones.

Fire officials asked residents within a three-mile radius of the plant to wear face masks while they’re outside in order to avoid respiratory irritation. Rockford HAZMAT is conducting air quality tests and, so far, they’re showing no signs of danger on the ground level.

Chief Wilson said they’re letting the fire burn itself out, rather than pouring water on it. The reason is they do not “want an environmental nightmare to occur.” If firefighters spray more water on the fire, there’s a concern that chemical runoff could end up in water streams. The chief said the fire could burn for a couple of days.