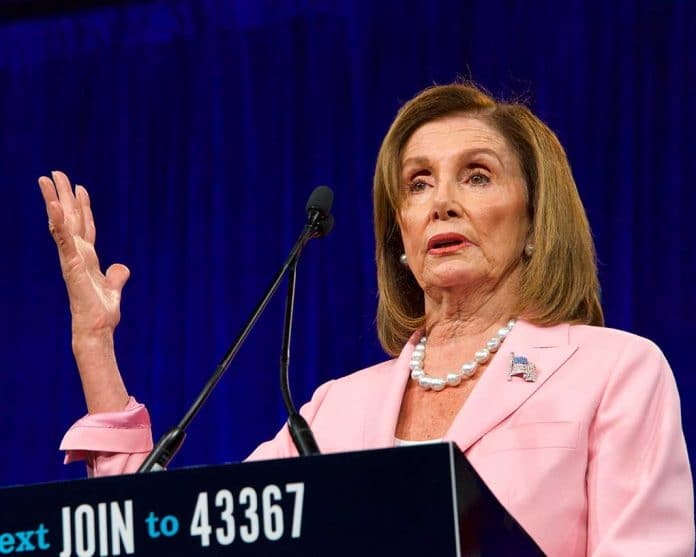 (NewsReady.com) – At the end of August, the January 6 committee sent letters to 35 companies asking them to preserve records of individuals who participated in former President Donald Trump’s “Stop the Steal” rally. Republicans are vehemently opposed to the idea that the commission might obtain private phone records from lawmakers. And, one lawmaker is now threatening Speaker of the House Nancy Pelosi (D-CA).

Rep. Matt Gaetz (R-FL) told Real America’s Voice that GOP lawmakers would retaliate if they take the House in 2022. He warned that the Speaker should “be careful what she wishes for” if the parties are going to start investigating “personal records and the personal lives” of those who are out of power. The Rep. went on to suggest Republicans might want to look at Pelosi’s records with her husband, who allegedly made millions off of stock trades related to bills moving through Congress.

In Episode 5, Congressman Matt Gaetz issues a direct warning to Nancy Pelosi regarding her attempt to seize the phone records of lawmakers, talks with @RepAndyBiggsAZ to discuss his charge to impeach DHS Secretary Alejandro Mayorkas, and more!https://t.co/PRvIwuS4qb

Gaetz isn’t the only lawmaker who isn’t happy with the possibility Democrats could seize their records. Rep. Marjorie Taylor Greene (R-GA) threatened to shut down telecommunication companies that hand over records to Congress. House Minority Leader Kevin McCarthy (R-CA) said GOP lawmakers wouldn’t forget if the companies did something like that, implying he’d make them pay when Republicans regained power.

At this point, Congress hasn’t requested any phone records. They’ve just asked the companies to preserve data. Whether lawmakers have plans to take it further is unclear at this point.