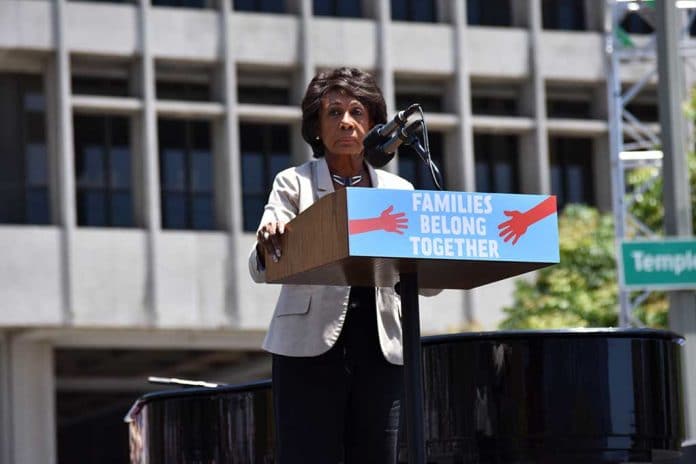 (NewsReady.com) – Representative Maxine Waters (D-CA) has been a persistent critic of former President Donald Trump and a vocal supporter of both impeachment attempts against him. Now, she’s coming under fire for her own record. On Sunday, February 7, the radical congresswoman was confronted with her own words of incitement and, predictably, denied she’d done anything wrong.

On June 23, 2018, Waters gave an inflammatory speech against the Trump administration, telling a crowd that if they saw any members of the cabinet they should “create a crowd… push back on them. You tell them that they’re not welcome anywhere!”

Joy Reid decries threats to the lives of lawmakers, but brings on Maxine Waters b/c she's "obsessively attacked by the right, vilified, treated to sexism and racism because you've been an activist member."

Trump’s legal team says this was a clear incitement to confront and intimidate – or even assault – Republicans.

On February 7, MSNBC anchor Ali Velshi played the speech back to Waters and asked her how it was different from what President Trump is being accused of. The congresswoman tried to gloss over her words by saying she hadn’t told anyone to use violence, but neither did President Trump.

As usual, the far left is pushing double standards where it suits them, and even mainstream media is starting to notice.