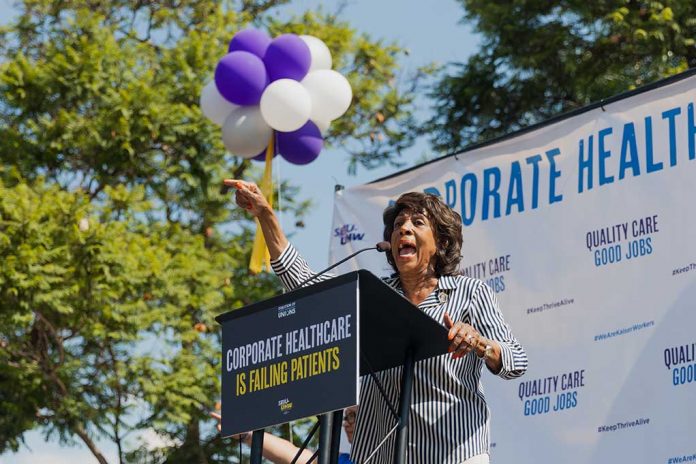 (NewsReady.com) – Rep. Maxine Waters (D-CA) is known for her bombastic attitude. During former President Donald Trump’s administration, she made many ugly comments. Most recently, she was accused of interfering in the murder trial of former Minneapolis officer Derek Chauvin. And on the Fourth of July, the congresswoman was back at it again.

On Independence Day, Waters posted a horrible rant on Twitter. She said that the Declaration of Independence declares that “all men are created equal,” but she wanted to know what exactly that means. When the Founding Fathers wrote that in 1776, “African Americans were enslaved” the congresswoman said. She claimed the Founders weren’t thinking about black people then, but the federal government is “thinking about [them] now!”

July 4th… & so, the Declaration of Independence says all men are created equal. Equal to what? What men? Only white men? Isn't it something that they wrote this in 1776 when African Americans were enslaved? They weren't thinking about us then, but we're thinking about us now!

Waters went on to claim voting rights are being suppressed and people are being murdered, implying that makes the Declaration of Independence hypocritical.

What was the purpose of her rant? Yes, when the Founders created the US, black people were enslaved. The fact that slavery was ever legal is a stain on American history, but they’re not enslaved anymore. America has changed a lot in the last 240+ years. The country has grown, righted many wrongs, and is trying to move on. Waters’ comments do nothing to heal the country and everything to divide it.