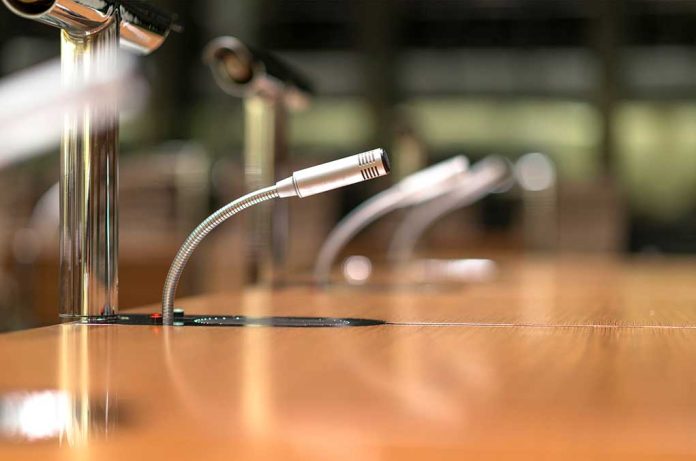 (NewsReady.com) – A racism scandal in the Los Angeles City Council forced the cancellation of two meetings last week, as members pressured two of their colleagues to resign. The council’s president has already stepped down after being caught making racist remarks. Others are trying to hang on to their jobs.

In August 2021, the president of the Los Angeles City Council met with two other council members and a local labor leader to discuss the city’s redistricting plans. At least, that’s what they were supposed to be doing.

Early this month, a recording of the meeting leaked, and it turns out what they were really doing was spewing racist abuse about fellow council members and LA residents. Council President Nury Martinez called one member’s black son “like a monkey,” then described Mexicans from Oaxaca Province as “ugly.” The other three joined her in racially abusing black, Jewish, Armenian, and white people.

After days of clinging to her job, Martinez stepped down as council president on October 12 and said she was taking a leave of absence. Los Angeles County Federation of Labor leader Ron Herrera beat her to it by two days, resigning on Monday. However, council members Gil Cedillo and Kevin de León have apologized for their remarks, but have shown no signs of actually resigning from the council. Acting Council President Mitch O’Farrell is demanding their resignations — but the pair have already ignored calls from President Joe Biden to quit.

O’Farrell says, “the people’s business cannot be conducted” until they go. What’s it going to take to get these Democrat racists out of local politics?