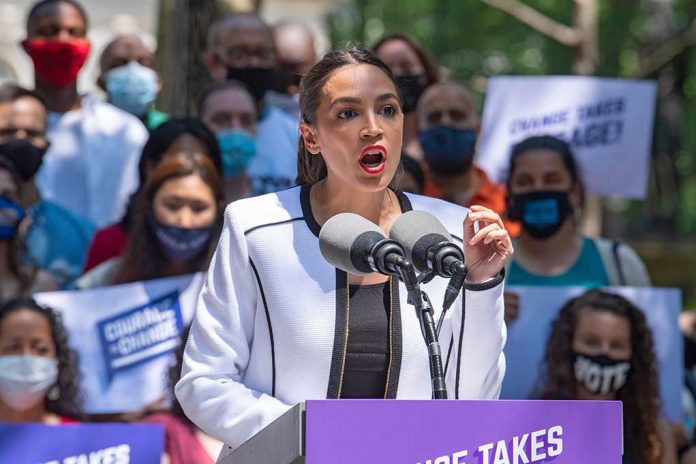 (NewsReady.com) – Each year, celebrities and the fashion world collide at the Met Gala in New York City, NY. This year’s event was no different. However, one attendee at the event this year caused an uproar in the political world.

On September 13, Rep. Alexandria Ocasio-Cortez (D-NY) walked the red carpet at the Met. She was wearing a borrowed dress from designer Aurora James with the message “tax the rich” scrawled across the back. Former Fox News host Megyn Kelly slammed the congresswoman for attending the maskless event.

A pathetic self-aggrandizing hypocrite.
Meanwhile our kids are muzzled & six feet apart all day long while trying to learn but she & these other “Rules for Thee but Not for Me” pols can parade around maskless & in top of each other at the Met Gala bc, SCIENCE. https://t.co/soAcjWUjNs

Kelly pointed out that “8, 10, & 11 yr olds” have to wear masks all day at school, but AOC didn’t put one on to go to the event. The Met Gala was a maskless event that required all attendees to be fully vaccinated to attend. Currently, the vaccine is only available to people aged 12 and older.

Others pointed out that the tickets to the event were $30,000 apiece. AOC hit back at the criticism, saying organizers invited her because she’s a representative of the city.

I’m not even mad at the lack of self awareness or hypocrisy anymore. At this point it’s just hilarious. These people are a giant joke. https://t.co/UnghxH7f5G

Former President Donald Trump’s son, Don Jr., slammed AOC for going to a maskless benefit and hanging out with Liberal elites putting her hypocrisy on display. He called her a fraud — a feeling many Conservatives held long before her appearance at the extravagant event.