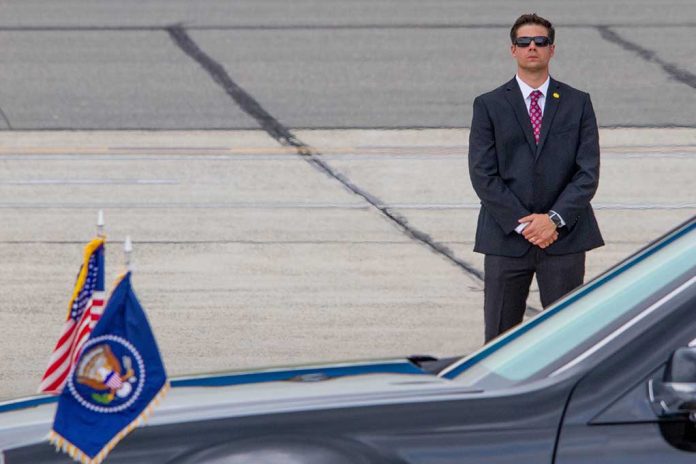 (NewsReady.com) – The Secret Service’s primary job is to protect the president, first family, and other White House officials. Four agents are now being accused of accepting gifts from two men allegedly connected to the Pakistani intelligence agency. One of the agents was on a detail that allowed him to be very close to President Joe Biden.

On Wednesday, April 6, authorities arrested 35-year-old Haider Ali and 40-year-old Arian Taherzadeh for impersonating Department of Homeland Security Investigations (HSI) Special Agents. While they were pretending to be federal law enforcement officers, they grew close to Secret Service agents living in the same apartment complex as them. In one instance, they offered to give one of First Lady Jill Biden’s agents a $2,000 assault rifle. Taherzadeh also lent an alleged government vehicle to that agent’s wife and gave her a generator.

The men also gave other Secret Service agents gifts, including iPhones, a drone, surveillance systems, and other items. One of the agents, who was assigned to the White House, was living in a rent-free apartment that generally costs $48,000 a year.

According to Newsweek, the scheme unraveled when the two were questioned in an investigation of an assault on a US Postal worker. The Postal Inspection Service (USPIS) turned over information about the men to the Office of Inspector General, which informed the FBI.

The Secret Service agents involved are on administrative leave.