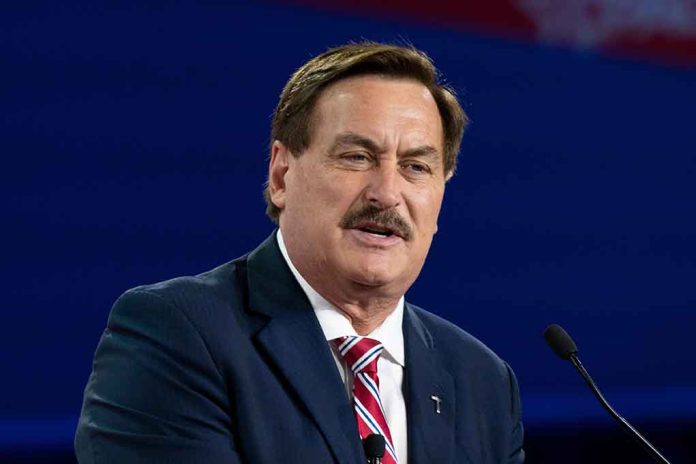 (NewsReady.com) – Federal agents reportedly descended on MyPillow CEO Mike Lindell after he ordered food at a Hardee’s drive-thru in Mankato, Minnesota. The businessman claimed the agents seized his phone and asked him questions about a Colorado probe. He is now reportedly fighting back and challenging the search warrant.

Lindell hired Attorney Alan Dershowitz to help his legal team in early September after the January 6 committee issued a subpoena for him. The well-known lawyer spoke about his new job after he agreed to join the team. He told KVRR news he doesn’t agree with Lindell’s politics, but thinks the case raises constitutional issues. Dershowitz said he thinks his client should be allowed to review wireless records the January 6 committee has issued a subpoena to obtain.

Dershowitz, who is a constitutional law expert, claimed he needs to determine whether any of the cellphone records are protected by the attorney-client privilege. He explained he doesn’t think Verizon should just be handing over records “willy-nilly.”

In the wake of the FBI raid, Dershowitz is working on a case against the federal authorities as well.

Case Against the DOJ

On September 20, Dershowitz filed a lawsuit against Attorney General Merrick Garland and the US government over the FBI’s seizure of his cell phone. The suit, filed in the US District Court for the District of Minnesota, wants the DOJ to return his phone, any data accessed through the cellular provider, and prohibit the release of any of the information the federal authorities gathered after executing the warrant.

According to the lawsuit, Dershowitz claims the search warrant executed by the FBI violated Lindell’s “rights protected by the First, Fourth, Fifth, and Sixth Amendments.” The attorney specifically accused federal authorities of violating the businessman’s “freedom of association, freedom of speech, freedom of the press, and his right to petition the government for the redress of grievances.”

Dershowitz alleges the Fourth Amendment required the government to first issue a warrant to justify the surveillance by using a tracking device or cell site location. He stated the authorities did not do so, and also alleged the search and seizure were unreasonable.

The suit also claims the DOJ obtained the warrant in bad faith because it knew the CEO uses his phone to conduct his business and to communicate with his lawyer. Finally, Dershowitz accused the agents of unlawfully detaining Lindell without probable cause and also allege his due process rights were violated.

A hearing date has not been set yet.