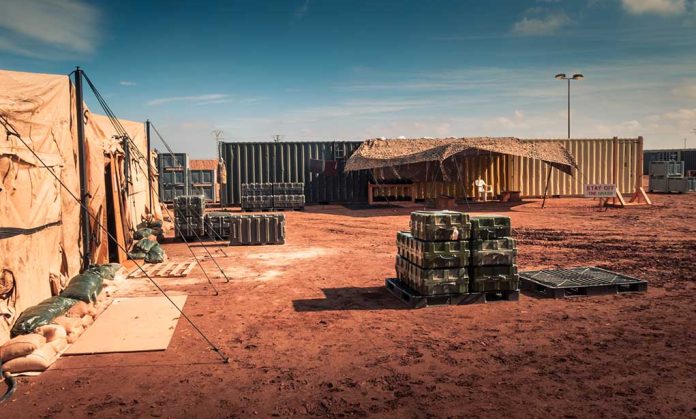 (NewsReady.com) – One of the major concerns in the Middle East in the last couple of years has been militias that attack the US and allied forces. The American military believes the Iranian government backs some of these groups. Recently, one of these militia groups attacked a base housing US troops.

According to reports, ISIS militants attacked a military outpost in southern Syria where US troops have been stationed while they train Syrian opposition troops. Two drone strikes and several rockets hit the base; fortunately, no American troops were injured or killed.

The drone attack on Al-Tanf US military base comes a few days after the joint chamber for allies of Syria (led by Iran’s IRGC) issued a warning it’s retaliating for an Israeli attack near Palmyra that left several fighters killed and injured https://t.co/T3CjrqpC6d

Central Command spokesman Capt. Bill Urban told the press it was a “deliberate and coordinated attack” that “utilized both unmanned aerial systems and indirect fire.” The military spokesperson said the US is working with its allies to ensure none of them were injured or killed in the attack, either.

Earlier this year, Iran elected a new president who took a soft approach to the militants the US is concerned about. President Ebrahim Raisi said he would not help the US in its fight against the militias. Meanwhile, President Joe Biden has repeatedly expressed the desire to negotiate with Iran and rejoin the nuclear agreement.

It’s unclear what plans, if any, Biden has now to respond to the attack by the militias.