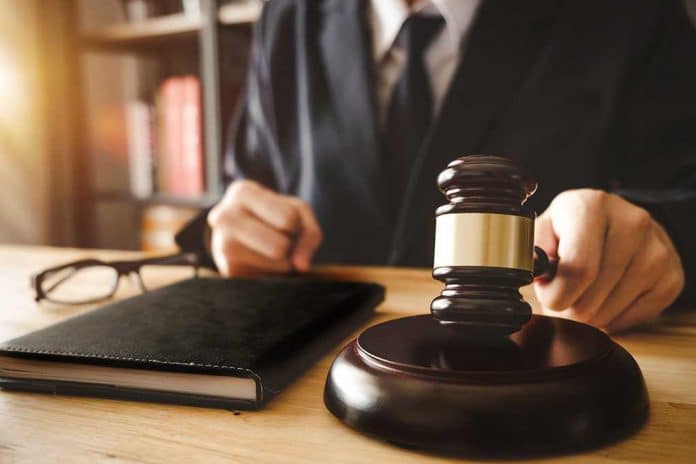 (NewsReady.com) – In 2012, after multiple high-profile murders and shootings of police officers, the FBI warned about the dangers of the sovereign citizen movement in the US. The people who follow these movements do not believe the US government has power over them. Recently, a group of these militia members caused a busy interstate to be shut down for hours, and now they are refusing to cooperate with authorities.

Over the July 4th weekend, Massachusetts police encountered a vehicle of armed men stopped on I-95. The men belong to the group the Rise of the Moors and refused to allow police to take them into custody. A tense hours-long standoff ensued, resulting in the closure of the interstate and eventual arrests of 11 members of the militia group.

On July 6, the men went to court for their arraignments and refused to cooperate. One member, Quinn Cumberlander, 40, told the court he is a “foreign national” who couldn’t face charges in US court. The leader of the group, Jamhal Tavon Sanders Latimer, 29, told the judge that he didn’t understand how the government could bring charges against him. Ironically, during the standoff, Latimer claimed he wasn’t anti-government.

“I’ve expressed to you multiple times we are not anti-government.”

An armed uniformed man speaking with MSP negotiators in the middle of a standoff on 95 as it’s being live streamed on an IG account for the Moorish Constitutional Convention Committee. @wbz https://t.co/swiYDUFnIT pic.twitter.com/2oKJqrGg5G

The men remain in jail as they await a hearing to determine whether they are a threat to public safety. They are all being charged with weapons crimes.