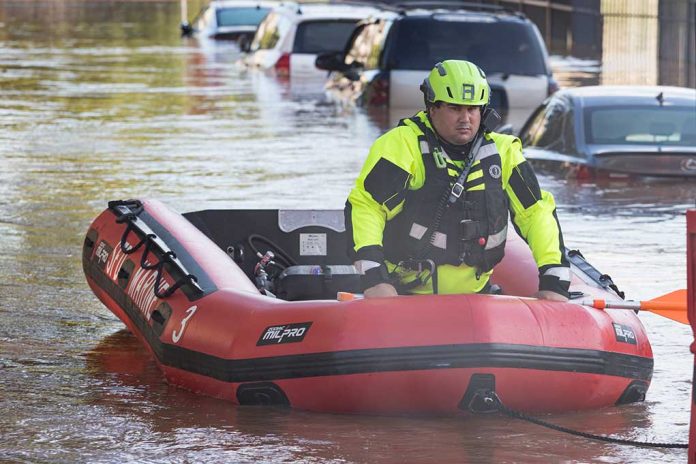 (NewsReady.com) – For the first time in 25 years, there was not a named disturbance in August during the Atlantic Hurricane season. That doesn’t mean there weren’t plenty of ordinary storms that created their own destruction. Mississippi was recently slammed by one of those squalls, and it caused serious damage.

Destruction in The Magnolia State

Severe thunderstorms soaked Mississippi and other parts of the South at the end of August. Jackson was flooded by the torrential downpours, causing problems at the city’s water facility. On Monday, August 29, Governor Tate Reeves (R) declared a state of emergency after many of the city’s 180,000 residents noticed low-pressure issues.

By the next day, more than 150,000 were without safe drinking water. City officials began distributing water bottles to residents, but described it as a “massively complicated task” during a conversation with The New York Times.

The rainfall overwhelmed the water treatment facility, and it began failing. Officials began putting portable toilets on school campuses so kids could use the restrooms because there was not enough water pressure to flush toilets.

Years In The Making

The water management system in Jackson has been in trouble for years. In 2021, residents complained that they were being forced to boil their water for weeks at a time. A winter storm caused frozen water mains and pipes across 70% of the city. Reports revealed parts of the system were more than 100 years old, and the city had failed to invest the money necessary to update it. Mayor Chokwe Lumumba said it would cost $2 billion to upgrade it, but Governor Reeves only gave them $47 million, just a fraction of what it would cost.

Boil notices to residents in the city are common and have been happening for decades. Water quality tests have revealed lead in the water. Those living in the city, which is predominately black, have complained about receiving bills that didn’t belong to them or were thousands of dollars.

Political fighting between the Republican-led state government and the Democratic-led city is making the situation worse. Resident Frank Leggett spoke to the NYT about the problem, saying if nobody even fixes potholes in the city, “How are they going to do the water?”

Governor Reeves said the problem could take months to improve.